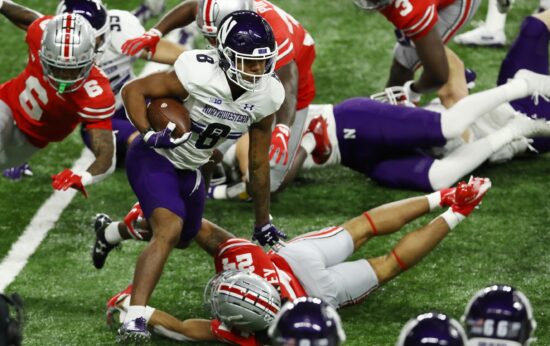 The 75th edition of the Citrus Bowl is happening on the first day of 2021 when the Northwestern Wildcats face off with the Auburn Tigers. The 2021 Citrus Bowl is going to be only the second Northwestern vs Auburn game in history. Their first meeting happened in 2010 when Auburn won the Outback Bowl.

This time, it’s likely to be the other way around. At least, that’s what oddsmakers think. They’ve given the role of the favorite to Northwestern. One of the main reasons for this is that Auburn has fired their coach Gus Malzahn after eight years of being in charge of the program.

Furthermore, there’s rumor that three key men from Auburn are going to opt-out of the Citrus Bowl in order to enter the 2021 NFL Draft.

The Auburn Tigers finished the regular football season with a 6-4 score. That wasn’t what they had envisioned before the start of the season, which is why the program decided to fire their coach Gus Malzahn, who spend eight years in Auburn.

His replacement in the 2021 Citrus Bowl is going to be Kevin Steele, whose regular job is the defensive coordinator. Steel will be their interim head coach only for this game, while ex-Boise State coach Bryan Harsin will step in as the new boss in the 2021 NCAA football season.

With Steele leading the team, the Tigers do not look as mighty as they might’ve been otherwise. Still, this team definitely has some really good players on the roster. Unfortunately for Auburn fans, some of their best players might decide to opt-out of Friday’s game.

According to recent reports, there are at least three players from the Auburn roster who are planning to opt-out of the 2021 Citrus Bowl, the reason being their participation in the NFL Draft. The men in question are defensive back Christian Tutt, wide receiver Anthony Schwartz, and safety Jamien Sherwood.

All three abovementioned players are coming off an impressive season. Anthony Schwartz is Auburn’s leader with 54 catches, Jamien Sherwood is their third-best tackler with 65 tackles, while Tutt is their starter at nickelback.

Another player who will not take part in the Citrus Bowl is freshman Mark-Antony Richards. The young running back has entered the transfer portal in early December, and is looking for a “fresh start.”

There are no big opt-out news coming from Northwestern, the team that did very well in the 2020 season with a 6-2 record. Their most recent game was the Big Ten Championship game played on December 19.

Northwestern lost that game to Ohio State, which was only their second defeat of the year. The problem is that both of their 2020 losses happened relatively recently – in their previous three games.

The Northwestern Wildcats have a fantastic opportunity to start the new year with a big win. Not only are they coming off a better season than the Auburn Tigers, but they also have no problems with opt-outs nor with their coach. All of these things suggest Northwestern should win the 2021 Citrus Bowl easily.