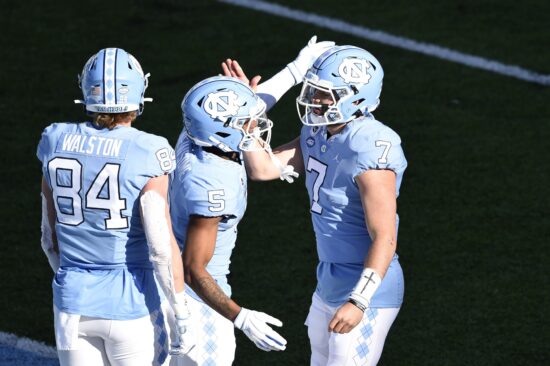 The 2020 Orange Bowl is set to please fans as the fifth ranked Texas A&M Aggies take on the 13th ranked North Carolina Tar Heels. The Aggies were knocking at the door for college football playoff hopes, but they will instead have to turn their attention towards a UNC team that is ready to turn heads.

If you were to put together Texas A&M and North Carolina’s points per game averages, it would exceed the market’s over-under averages and thus would appear to be a solid bet. However, smart betters know there is a lot more to just that.

Indeed, looking at those totals is enticing and for good reason. The talent on both teams has more than enough to pick just about any bet you want.

However, there are a few more things to look at before you throw money down on these teams. They both average over 200 rushing yards per game and they allow under 150.

Texas A&M has shown to carry the ball down the field through quarterback Mond and running backs Isaiah Spiller and Ainias Smith. Those combined three have put together 1,537 of the team’s 1,826 rushing yards, along with 14 of the 16 ground scores.

Texas A&M has had plenty of games on their roster to feel out what they like to do best. Even with that many games, they only have one receiver with more than 500 yards and that is tight end Jalen Wydermyer.

Most likely, based off of those stats, Wydermyer will likely be the main target for Mond. This also means the Tar Heels will have their sights set on him to defend.

Mack Brown’s team has one heck of an offense and they should have no problem with rushing totals through their combined efforts from Michael Carter and Javonte Williams. Both of these guys ran for over 1,000 yards, showing they cannot be stopped.

Those two together are arguably a more exciting duo than the Aggies Spiller and Smith. They have breakout potential early on that could disrupt Texas A&M out of any offensive rhythm and put pressure on the defense to respond promptly.

The one time that the performances of Carter and Williams were not the best was UNC’s loss to Notre Dame. The Fighting Irish had a goal when they went into Chapel Hill and they stopped the Tar Heels to 87 rushing yards. The question is, can UNC learn from that game and apply it to this one?

Quarterback Sam Howell has the ability to torture A&M’s defense with large passing plays. This will be needed, especially if the running game is not working or needs to be opened up. He has thrown several long bombs of 50 yards in five of their last six games.

If UNC can keep the game close, or even win, they could enter 2021 with a tremendous amount of hype to be Clemson’s top opponent in the ACC. However, Texas A&M is a national championship contender even though they were snubbed out. Look for the Aggies to finish the season off strong.