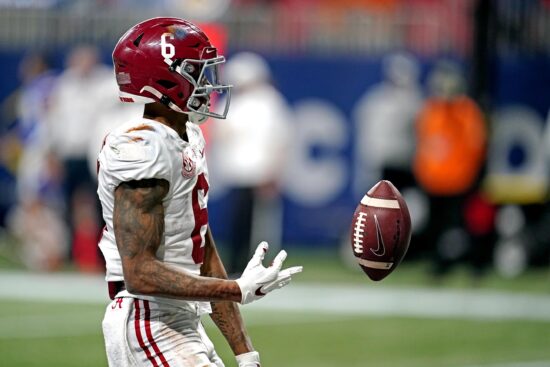 January 1st, 2021 will be a magical start to the year, as the College Football Playoffs begin with two excellent teams. For the Rose Bowl matchup, you have the number one ranked team in the nation Alabama Crimson Tide and the fourth ranked Notre Dame Fighting Irish for the 107th installment of this bowl.

This year’s Rose Bowl has also been moved from the  traditional location of Pasadena, California, and is now at the AT&T Stadium in Arlington, Texas, due to the pandemic. They have limited attendance and are allowing players’ families to attend the game.

Notre Dame (10-1) recently incurred a tough first loss to their season when they played Clemson, 34 to 10, in the ACC title game back on December 19th. Before that loss, the Fighting Irish were making strides in conference play and looked unbeatable. Now, they have some pressure going into this matchup to turn it around.

This will be Notre Dame’s second time participating in the CFP. Their first attempt came back in the 2018 season, where they came up short to Clemson in the Cotton Bowl.

The Fighting Irish are currently ranked 22nd in the nation for their scoring at 35.2 points per game. But when they play tougher competition against ranked teams, they only put up 29.3 points per game.

Alabama needs no introduction (11-0), as they ran the table in the SEC. Their most recent showing had them against the Florida Gators with the score in their favor 52-46.

The Crimson Tide were arguably the best team all season. They obliterated opponents each week and are a massive favorite to win this matchup against the  Fighting Irish.

For the Tide, this will be their sixth overall trip to the CFP where they have won two National Titles. Alabama has a solid history of bowl games, where they have played 71 of them with a record of 42-26-3. Last season, they defeated Michigan in the Camping World Bowl since they did not make it to the National Championship game.

Even though both of these teams have solid defenses, you cannot simply depict the winner on paper with just that. In fact, this could even be an offensive explosion from both teams, but most notably from Alabama.

To make this argument, the Tide led the nation in scoring with an average of 49.8 points per game. Even more interesting is that the lowest total they put up this season was just 38 points in their opening week. Ever since then, they have never dropped below 41 points.

Alabama did not just punish weaker teams, but they also put up large numbers against ranked teams too. They averaged 46.7 points per game against ranked opponents, with a fairly impressive outing of 41 points against a Georgia defense that was supposed to be dominant.