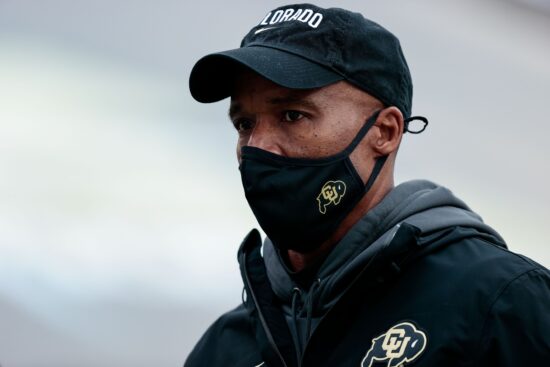 Texas was just one win away from silencing the critics of the Tom Herman era and qualifying for the Big 12 championship. However their loss to the Iowa State Cyclones back in November meant that they would have to settle for whatever bowl game and opponent they got at the end of the year. This opponent turned out to be the 4-1 Colorado Buffaloes, who if they had not lost to the Utah Utes during their last game of the season, they would have qualified for the Pac-12 Championship. But what’s in the past is in the past for these teams who didn’t qualify as they try to end their seasons on a high note meeting in the Alamo Bowl on Tuesday.

Sending Ehlinger Out With a Bang

Ehlinger was definitely one of the most talked about quarterbacks in the media for the past two seasons with Heisman hype around him and his infamous “Longhorn nation, we’re back” chant after they beat Georgia in the Sugar Bowl a few years ago. Now with no Big 12 title or Heisman award to his name, the QB is at least trying to send his team out with a win and get better tape for NFL scouts.

However this will be a tall task. Texas already announced they will be without their starting left tackle and wide receiver on the offensive side of the ball and four defensive starters. Despite this, I like Ehlinger to be efficient in this game. He’s thrown for over 2,400 yards on the year and 25 touchdowns to his name to just five interceptions. He also led an offense that averaged 41 points a game in the typically defense-less Big 12. The thing I find concerning is if this team can get any kind of running game going considering their leading rusher in Bijan Robinson only has 520 yards on the season and three touchdowns and will be starting a true freshman on the offensive line.

Rise of the Buffaloes?

As I said earlier, this team was in position to make the Pac-12 championship game if they had not lost to Utah in their final matchup. The name of the game is the run for Colorado.

Back Jarek Broussard has 813 yards on the ground in just five games, including a crazy 301 on the ground against Arizona. What I am concerned about however is the lack of a balanced attack for the Buffaloes, their leading receiver only has 249 yards meaning the offense only puts up 29 a game. However where I believe is the key note for Colorado in this game is that they will not be missing any major players, at least as of this article’s publishing, for guys leaving for the draft.

Texas is currently favored by 9.5 points, but I ride with the Buffaloes to at least cover in this one. This game is nothing more for Texas to save face on a season that should’ve at least resulted in a conference title appearance meanwhile it means everything for Colorado as they are trying to rebuild their program in the midst of a surprisingly good season. I like the Buffaloes run game and defense to step up and at least keep this one close.