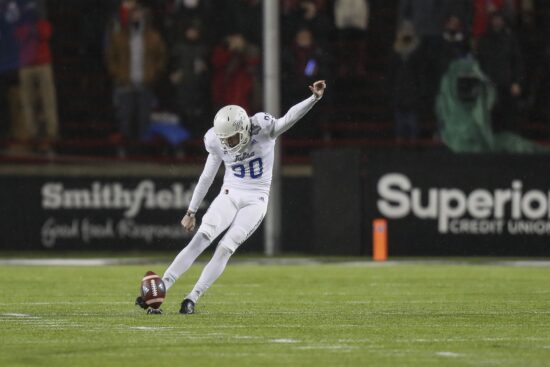 The 18th edition of the Armed Forces Bowl will take place on the last day of 2020 when Mississippi State and Tulsa go toe to toe. The Tulsa Golden Hurricanes (6-2) are favored to win this game, but the Mississippi State Bulldogs (3-7) are probably very motivated to finish the year with another win.

Mississippi’s most recent game saw them beating Missouri on December 19, thus breaking their losing streak of three games. Tulsa’s last game was a defeat to Cincinnati, which ended their winning streak of six games straight.

Mississippi State is one of the not-too-many teams with an under .500 score to get an invite to one of the college football bowls this season. Despite finishing the regular season with a 3-7 score, this team was pretty decent in the game they played less than two weeks ago. The game in question was the one against Missouri, in which the Bulldogs were pre-game underdogs at +105.

Their opponent in the 2020 Armed Forces Bowl is coming off a defeat to Cincinnati. Even though Tulsa lost that game, the Golden Hurricanes did not embarrass themselves. In fact, the final score was 27-24, showing that they did put on a pretty good fight against favored Bearcats.

One of the main reasons why the Bulldogs won only three games this season is that they had a lot of problems with absent players. Whether it was COVID-19 or injuries, their roster was often below the 53-threshold set up by the Southeastern Conference before the start of the season.

That was the case in the game with Missouri, but Mike Leach’s boys managed to win it. Ahead of the Mississippi State vs Tulsa game, the coach has more players at his disposal than he’s had for most of the year.

Good news from the Mississippi State roster made the oddsmakers change their opinion about this team’s chances in the 2020 Armed Forces Bowl. Although this team remains the underdog, their chances do not look as bad as they did just a few days before. Another reason for that is that one of Tulsa’s best players has decided to opt-out of the game.

Tulsa linebacker Zaven Collins was one of their best players in the 2020 season, which has put him on the radar of many NFL teams. The winner of the 2020 Bronko Nagurski Trophy (nation’s best defensive player) is planning to focus on the NFL Draft, for which, he’s decided to opt-out of the Armed Forces Bowl.

In the regular season, Collins was nothing short of impressive. The linebacker had 54 tackles in total, 11.5 tackles for loss, four interceptions and as many sacks. With such stats, it’s obvious his team is going to miss him on Thursday.

With no Collins in the team, Tulsa’s defense doesn’t look that tough. Still, it’s their offense that Mississippi State should be worried about. Offensively, the Golden Hurricanes look good. They should be able to outscore the opponent. That said, it’s also reasonable to expect a lot of points in the Armed Forces Bowl, probably way over 48.