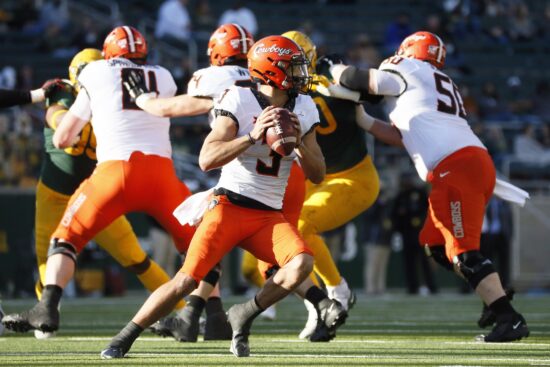 Three days after the Cure Bowl, Orlando is hosting another college bowl game. It’s the 2020 Cheez-It Bowl (previously known as the Camping World Bowl), in which we will see ACC’s representative Miami (#18) squaring off with Oklahoma State (#21) of the Big 12 Conference. The Miami vs Oklahoma State game is going to be the 31st edition of the bowl played at the Camping World Stadium.

Although Oklahoma State is going into the game carrying the role of the favorite, the odds have changed significantly since the initial release. At first, odds suggested the Cowboys were in for an easy game. However, at the moment of writing, it seems oddsmakers think the Cheez-It Bowl is going to be a very, very close game.

Both Miami and Oklahoma State are going into the postseason as teams from the AP Top 25. Miami is 18th, following their 8-2 record in the regular season. Their opponent, Oklahoma State is ranked 21st, with 7-3 in 2020.

One of Oklahoma State’s seven wins happened on December 12, when they absolutely demolished Baylor 42-3. The last game of the season of Miami happened the same day. However, unlike Oklahoma State, Miami did not win their final game of the regular season. Instead, we saw North Carolina destroying them by 62-26.

Fantastic Offensive Players on Both Sides

The Miami Hurricanes have a chance to bounce back from that defeat and finish the year on a bright note. However, for that to happen, they will have to play much better defensively. In the game against North Carolina, we saw Miami allowing the Tar Heels to get 554 rushing yards and two touchdowns.

Although the Oklahoma State Cowboys haven’t been as productive offensively as North Carolina, they definitely have some phenomenal players in the offense. Their quarterback Spencer Sanders (1,702 passing yards, 10 touchdowns) and wide receiver Tylan Wallace (55 receptions, 877 yards, 6 touchdowns) seem like the two men Miami will not be able to handle.

On the bright side, the Miami Hurricanes have a decent offense, which they could use to fight back. Their quarterback D’Eriq King is coming off a pretty decent season, in which he saw him passing for 2,573 yards and 22 touchdowns. In 2020, he also rushed for 520 yards and scored five touchdowns on his own.

This season, both Miami and Oklahoma State have been in a high-scoring mood. For example, neither team scored a one-digit number of points in 2020. In fact, the least number of points Miami scored in a game is 17 (against Clemson in October). Oklahoma State’s worst scoring performance happened in November when the Cowboys scored only 13 against Oklahoma.

Apart from scoring a lot, these two teams have been conceding a fair number of points as well. All this means that we’re very likely to witness a high-scoring game, probably with more than 50 points total.