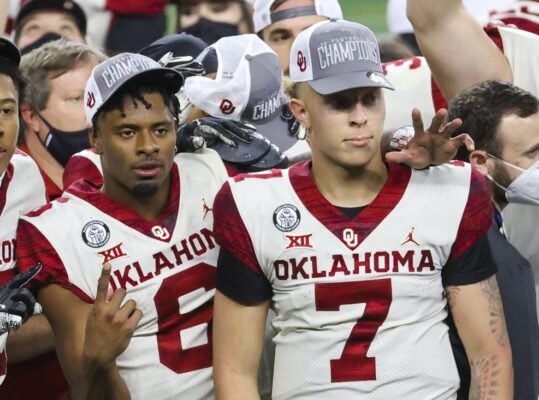 This year’s Cotton Bowl will have a strong resemblance to a national championship game. The Florida Gators are stepping into this matchup with the Oklahoma Sooner after they completed their regular season in a 0-2 straight up and 1-1 against the spread slump.

The Gators know they have a target on their back and will look to break their losing streak. The Oklahoma Sooners on the other hand will be attempting to extend their seven game winning streak when both teams collide soon.

In recent play, the Sooners sparked a 24-7 lead over the Iowa State Cyclones in the Big 12 championship and gave no indication in turning back. They went on to eventually win 27-21 and even covered as 5.5-point favorites according to most markets.

Oklahoma’s defense went up in flames, averaging roughly 40 points per game already out in a three game stretch against Kansas State, Iowa State and Texas at the beginning of the season. The Sooners went 1-2 straight up and against the spread in that time.

Since early on in the season, the defense has more than stepped up by only allowing 16.5 points per game during their recent 6-0 straight up and 5-1 against the spread run. This is a team that is performing on all cylinders heading into this matchup.

If the Sooners can continue to carry their momentum to their first bowl win under head coach Lincoln Riley, that would cap off a great season. For sports betting as a fan, Riley has a 2-1 against the spread record in his first three bowl games as head coach, but this means nothing to them of course since they are 0-3 in straight up matches.

Quarterback Kyle Trask did everything in his power in the SEC championship game to allow his Gators to have a position to win. Indeed, he finished the game with 408 passing yards, three passing touchdowns, and no interceptions.

However, everyone needed to be on the same page against Alabama. Despite leading his team to a 46 point outing against one of the nation’s best defenses, the Gators defense could not withstand Bama’s offense with a 52-46 loss to the Alabama Crimson Tide.

Using that game for an example, Florida’s defense allowed 35 points in the first half against Alabama. To put this in perspective, the Gators this season have only allowed 28.6 points per game.

In their most recent play, they have given up 80 total points across their last two games of the season. It is not like this matchup will be any easier heading into the Cotton Bowl especially with the Sooners being ranked ninth in the nation in scoring, averaging about 41.8 points per game.

No question this will be an excellent matchup of offensive firepower. Unfortunately for Florida, they will have to finish the season with a three game losing streak because Oklahoma will have the defense to stop them in key moments of the game.