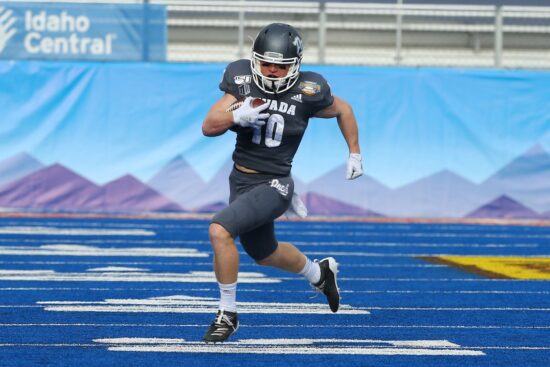 When it was announced Tulane vs Nevada is going to be the matchup of the 2020 Famous Idaho Potato Bowl, the Green Wave was seen as a huge favorite. Vegas odds on Tulane were somewhere in the ballpark of -270, but have since moved against them.

At the moment of writing, the moneyline odds on Tulane Green Wave winning the Famous Idaho Potato Bowl stand at -170. In comparison, the odds on the Nevada Wolf Pack are somewhere around +122.

The last (and the only) time these two met, Tulane was the winner. However, the game in question was played back in 1992. Can Nevada set the record straight almost two decades later? Let’s examine their chances in this Tulane vs Nevada preview!

The 2020 Famous Idaho Potato Bowl is going to be the 24th edition of the college bowl, but unlike all the previous ones, this one is not going to have any fans in the stands. Due to the COVID-19 pandemic, all of 36,387 seats of the Albertsons Stadium will be empty during the game.

That’s something that could annoy both teams, as both Tulane and Nevada have won most of their home games once the fans returned to stadiums (albeit in small numbers) in their respective states.

For Nevada, this is the third bowl in a row, as well as their second Famous Idaho Potato Bowl this year. In January, they played it against Ohio, losing by 30-21.

Jay Norvell’s boys are hopeful of a good result this time, the reason being that they’re coming to Boise following a pretty good season.

In fact, the Nevada Wolf Pack finished 3rd in Mountain West Conference, with overall score of 6-2. They had their best regular season in a decade before losing to San Jose State 30-20 in a game that could’ve booked them a ticket to the MW championship game.

The Wolf Pack are licking their wounds after the San Jose State defeat crushed their championship dreams. Still, they do have a chance to finish the year on a good note – by winning the Famous Idaho Potato Bowl.

Tulane Entering the Famous Idaho Potato Bowl as the Favorite

Tulane played more games than Nevada this season, finishing with went 6-5 overall and 3-5 in the American Athletic Conference. Despite their results not being too impressive, Tulane did establish themselves as one of the best teams in the nation when it comes to rushing the ball.

The Green Wave made 217.7 rushing yards per game in the regular season. Only one team in their conference did better. When it comes to scoring, this team averaged 35 points per game. With a total of 389 points, they were the highest-scoring team of the AAC West.

Even though Tulane seems like the better team, Nevada players might be more motivated to win the bowl. Even if they don’t get themselves a win, they surely have what it takes to give Tulane a run for their money. Each way, a very close game is expected.