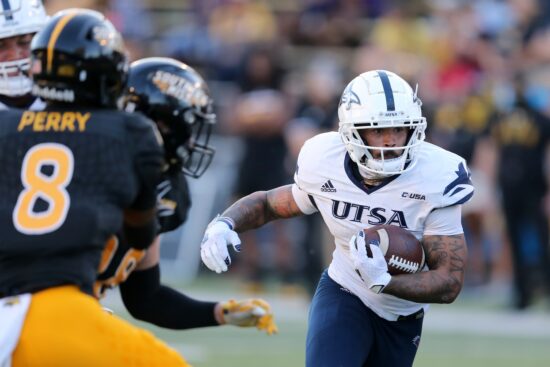 Bowl season is upon us to close out 2020 strong. There will be a lot of different faces and matchups that will be a lot different compared to previous seasons, especially when roughly a third of the games have been cancelled.

The First Responder Bowl has a great matchup with Louisiana and UTSA, as they will battle in a semi-border showdown. The Roadrunners had already agreed to participate in this game back on December 15, while the Ragin’ Cajuns were selected to match up with them recently on Sunday.

Louisiana has put forth a great resume this season. Arguably one of the most impressive teams in the Group of Five, they stomped Iowa State 31-14 in their season opener and later managed to have a 9-1 record.

Quarterback Levi Lewis has so far completed roughly 60 percent of his passes for about 7.7 yards per attempt, including 17 touchdowns and seven interceptions. Lewis is also a running threat, and it shows with him only being sacked seven times this season while also averaging 6.5 yards per carry.

Elijah Mitchell and Trey Ragas are notable running game contributors to Louisiana. Indeed the top two running backs are averaging over 5.6 yards per carry, in addition to six other players averaging that amount.

UTSA has made defense a priority. The Roadrunners are stopping teams at roughly 26.7 points per game and 385.3 yards per game overall.

They also are right about in the range for national average in run defense and pass defense. One key player to watch is safety Rashad Wisdom, as he leads the team having 82 tackles, four interceptions, and two forced fumbles.

At quarterback, Frank Harris had completed 63.8 percent of his passes for 1,422 yards, or 6.2 yards per attempt. In addition, he also has 10 touchdowns and five interceptions.

Harris is also the team’s second leader in rushing, with an average of 5.7 yards per carry. In those attempts, he has eight touchdowns so this definitely is something to keep a watch on.

Sincere McCormick is another key player and the sophomore running back has had a great year. He has put up 1,345 yards and 11 touchdowns.

Zakhari Franklin and Joshua Cephus are the main leading receivers for this team. Franklin has been able to compose 44 receptions for 579 yards and six touchdowns, while Cephus is about the same with 55 catches for 521 yards and four touchdowns.

The Ragin’ Cajuns are right off the bat the much better team. Most notably, they take care of business on both sides of the field.

Louisiana has a good defense. The Ragin’ Cajuns are allowing just 21.8 points per game and roughly 347.8 total yards.

This could translate into a two touchdown lead for them as the game goes on. The 19th ranked team in the nation has a great opportunity to finish out the year on a high note.