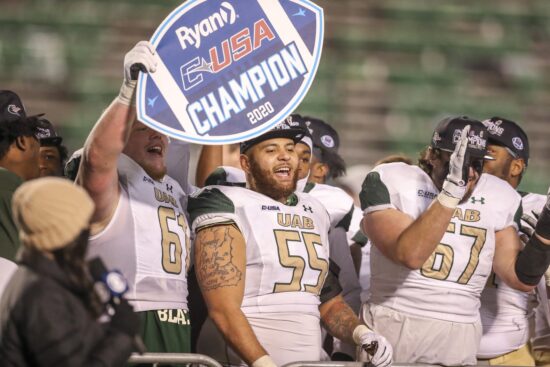 After firing the old head coach (Will Muschamp), The South Carolina Gamecocks appointed a new one (Shane Beamer). But, the new coach isn’t going to make his debut in the South Carolina vs UAB game. Instead, the interim HC Mike Bobo is going to lead the Gamecocks in the 2020 Gasparilla Bowl.

That’s not the biggest trouble for South Carolina. What really has to worry them is that they’re taking on a team that’s been in fantastic form lately. We saw the UAB Blazers winning both of their December games and oddsmakers favor them to get the third one on Saturday. If they do it, it’s going to be their first-ever win against the South Carolina Gamecocks.

South Carolina Gamecocks vs UAB Blazers is the matchup of the 2020 Gasparilla Bowl. If you’re wondering why did the 2-8 Gamecocks got invited to the bowl, the reason is that the bowl organizers wanted to get a team from the SEC Conference.

South Carolina is taking on UAB Blazers, a team that has a 100% winning score since October. With a record of 6-3, it’s obvious that the Conference USA representative is favored to win the Gasparilla Bowl this year. It’s not just because the Blazers have been playing well this season, but also because the atmosphere in South Carolina’s locker room is far from good.

South Carolina won two games in October, but then entered a horrible series with six straight defeats. The college blamed the head coach Will Muschamp for this, so they fired him. In early December, it was revealed Shane Beamer was going to be the man to lead the Gamecocks into the new season.

Although the new boss has an impressive portfolio, Shane Beamer is not going to make his debut as the head coach of South Carolina in the 2020 Gasparilla Bowl. The man who served as assistant HC for the Oklahoma Sooners (and helped them to another Big 12 Championship) will not lead them against the Blazers.

Instead, the Gamecocks are going to be led by the interim head coach Mike Bobo. He’s hoping to put an end to South Carolina’s loosing run of six straight games with a win UAB, but the problem is that their roster doesn’t look that great at the moment.

South Carolina is having big problems with injuries, having just enough players to be able to take part in the bowl game. Apart from injuries, they’re also having problems with players opting-out because of COVID-19 worries, but also as a protest for firing Muschamp.

Finally, there are some players who have made their decision for the NFL Draft, for which they will skip the 2020 Gasparilla Bowl.

South Carolina and UAB have squared off three times in history. Each of those games saw the Gamecocks winning. However, the most recent of the South Carolina vs UAB matchups happened more than eight years ago.

Since then, a lot of things have changed. The Gamecocks have a significantly worse roster than they had in 2012. It’s exactly the opposite when the UAB Blazers are concerned. This team is coming to the Gasparilla Bowl following a 6-3 record in the regular season.

A pretty decent record, no doubt about it. However, the most impressive thing about the 2020 UAB team is that they did very well near the end of the season. After losing in the extra time to Louisiana Tech on the last day of October, they bounced back with a win over Rice. In their most recent game, the Blazers beat Marshall in a game which they entered as a +175 underdog.

South Carolina is one of the worst teams to get an invite to a football college bowl this season. They were horrible in the regular season, but their roster is even worse than just a few weeks ago. Plus, an interim coach is leading them in the Gasparilla Bowl. All considered, anything but a dominant win for the Blazers would seem like a major surprise.