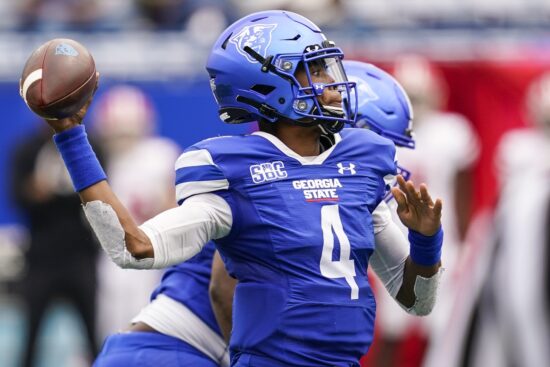 2020 has been a unique year to say the least. For NCAAF, teams have been awarded a waiver in which they can still participate in a bowl game despite having losing records.

The port city of Mobile is the host for the Lending Tree Bowl. Mobile is a great tourist city, with similarities compared to New Orleans.

However, fans are limited in what they attend along with other restrictions. This has also stopped a lot of teams from wanting to participate in bowl games.

For example, teams such as the Pitt Panthers and Boston College Eagles decided to opt out of bowl games even though they had winning records. This sets up an opportunity for the teams mentioned above to participate in a bowl.

Hilltoppers Seeking to Finish at .500

The Western Kentucky Hilltoppers will take the field at the Lending Tree Bowl with an interesting record of 5-6 against the competition, 4-7 against the spread, and 6-5 over the total. In the Hilltoppers last game, they had a solid 37-19 win at Charlotte.

It is no secret that the Hilltoppers have relied heavily on their defense for their success. To put this into perspective, WKU places 120th just for total offense and 115th for scoring. On defense, they placed 22nd overall and 37th for points allowed.

For Western Kentucky’s roster, they have quarterback Tyrrell Pigrome who is a senior with notable experience. He has thrown for nine touchdown passes with not a single interception. They also have a solid running back in Gaej Walker, and he has put up 614 yards along with two touchdowns.

Looking at the Georgia State Panthers and how they have performed, they are 5-4 against the competition, while 6-3 against the spread, and 6-3 over the total. The Panthers are also returning from a solid win with a 30-24 victory against Georgia Southern.

Georgia State ranks a lot better on offense than WKU, as they place 49th for total offense and 37th for scoring. On defense, the Panthers come in at 81st while placing 92nd for points allowed.

Georgia State’s roster is led by quarterback Cornelious Brown IV. Brown has put forth a 132.1 rating along with 14 touchdown passes and nine interceptions.

They also have a few other notable options such as running back Destin Coates. He was the Panthers leading rusher composing 652 yards, roughly 4.6 yards per rush, and six touchdowns. They also have wide receiver Sam Pinckney, who happened to be Brown’s favorite target since he has 44 catches for 753 yards, or roughly 17.1 yards per catch, and touchdowns.

For this matchup, you have teams that are somewhat on opposite ends when it comes to offense and defense. It can be misleading to let the records fool you, but Georgia State has the advantage.

Western Kentucky does not have the offensive pressure to make any dents in the Panthers’ defense. Georgia State has brought bettors a solid payout the last two games, and this one will be three times the charm.