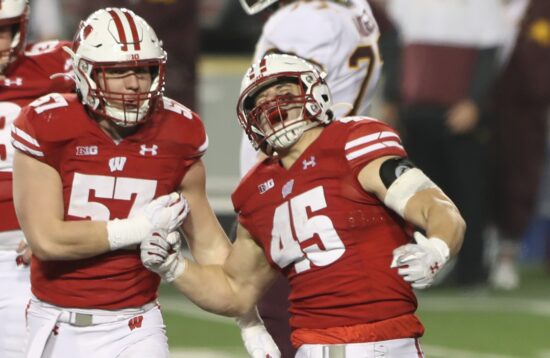 The 19th Duke’s Mayo Bowl is going to be played on Wednesday noon, when a team from the ACC will take on a Big Ten representative. The Wake Forest Demon Deacons and Wisconsin Badgers are the two programs in question. These two have never met before, meaning that the 2020 Mayo Bowl is going to be the first Wisconsin vs Wake Forest matchup in history.

The bowl is taking place in Charlotte, North Carolina, the state where Wake Forest University is located. What this means is that the Demon Deacons are expected to have more support from the stands of Bank of America Stadium. Still, there won’t be too many supporters in the stands due to the COVID-19 regulations, which will keep the attendance to 7% capacity.

Starting with 2020, the college bowl game taking place in Charlotte just before New Year is called the Mayo Bowl in honor of its main sponsor, Duke’s Mayo. Throughout the last decade, the name of the bowl was Belk Bowl. Before that, its name was Meineke Car Care Bowl, while in the first three years of its existence, it was called the Continental Tire Bowl.

The first bowl with Duke’s Mayo as its sponsor will see Wisconsin trying to justify the role of the favorite against Wake Forest. Oddsmakers seem to believe the Badgers should have no problems winning this game, despite the fact that their recent run hasn’t been overly impressive.

Wisconsin Looking to Improve Their Offense

The Wisconsin Badgers finished the 2020 NCAAF season with a 3-3 score. All of their defeats happened within the previous six weeks, starting with the loss to Northwestern on November 21. On December 5, they lost to Indiana, and a week later, Iowa managed to beat them.

The Badgers were close to losing their fourth game of the season on December 19, when their game against Minnesota went to overtime. Luckily for them, their kicker Collin Larsh scored a 30-yard field goal in the overtime, bringing his team their third win of the season.

With four field goals in that game. Larsh was one of the key men in Wisconsin. Still, he wasn’t their best player in that game – it was running back Garrett Groshek. Badgers senior turned in the best performance of his career.

Their offense needs to improve if they want to win the 2020 Mayo Bowl. The 20-point performance against Minnesota was their best offensive display since mid-November. In fact, in the previous four games, they scored a total of only 40 points.

Wake Forest is coming into the Mayo Bowl after 4-4 in the regular season. They lost their two most recent games, namely, against North Carolina and Louisville.

The Demon Deacons were hopeful of breaking the losing streak earlier, but their game with the Florida State Seminoles (scheduled for December 17) ended up canceled due to COVID-19. Wake Forest was expected to win that game, with oddsmakers giving this team a 6.5-point advantage.

Another chance for the Demon Deacons to put an end to their poor run comes this Wednesday. They’re seen as the underdog in the Mayo Bowl, but the fact is that Wake Forest has a pretty good offense. At least that’s been the case over the last six-seven weeks – we saw this team scoring a total of 112 points in their previous three games.

Wisconsin seems like the better team, but the Badgers have been struggling offensively. The Mayo Bowl seems like a perfect opportunity for them to improve their offensive yield. If they do better in the offense, it’s very likely they going to be the team to win the game.

Of course, we should expect Wake Forest also to do well scoring-wise, meaning that we’ll probably witness a big number of points in Charlotte.