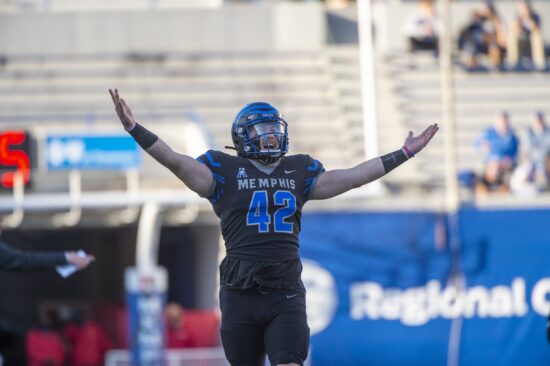 Memphis and Florida Atlantic square off in n the first (and possibly only) Montgomery Bowl in history. This college bowl was announced in October after it became clear the inaugural Fenway Bowl in Boston, would have to be postponed due to the COVID-19 pandemic. Instead of the bowl held in Massachusetts, ESPN Events decided to move the game to Alabama.

If you take a look at the Vegas odds for this game, you will see that the Memphis Tigers are expected to win the Bowl comfortably. That’s something that haven’t managed in five years – the Tigers lost each of their previous five bowl games.

Obviously, they want that streak to end, but Florida Atlantic might be a tougher opponent than anyone thinks. The reason? The Owls’ defense is very tough to break. This season, they only conceded over 20 points in one game. Furthermore, in three of eight games this season, they conceded under 10 points.

The Tigers are coming to Alabama after a pretty decent NCAAF season, in which we saw them getting an overall score of 7-3, with 5-3 in the American Athletic Conference.

The last game they played took place on December 12, when they faced Houston. Despite going into that game as a 7-point underdog, the Tigers got themselves a nice win. The final score (30-27) doesn’t show it, but Memphis dominated that game from the very start.

Thirty points scored against Houston is definitely a praiseworthy achievement, but we saw them scoring much, much more points earlier this season. Actually, the Tigers scored over 30 points in six out of 10 games in 2020. In the 2020 Montgomery Bowl, however, they’re taking on a team that’s heavily reliant on defense.

The Owls’ worst defensive display was in their most recent game – against Southern Miss on December 10. We saw them losing the game by 45-31, which was the highest number of points Florida Atlantic conceded this season. In all the other games in 2020, they conceded under 25.

Their fantastic defense is the #1 reason why the Owls finished second in Conference USA (East). The reason why they didn’t end up on the top of the table is that Florida Atlantic’s offense has been horrible. With only 20 points on average per game, they are 110th in the nation.

The reason behind the Owls scoring only 160 points in eight games is that they don’t seem to have a decent quarterback. Their boss Taggart has been shifting back and forth between Javion Posey and Nick Tronti, neither of whom has managed over 1,000 passing yards. On top of that, neither of those QBs is a 500-yard rusher.

Memphis is a better team than Florida Atlantic, and is coming to Alabama after a big win over favored Houston. Furthermore, Memphis seems to be in a high-scoring mood, which is exactly what they need in order to outsmart the Owls’ offense.

Whether the Tigers can cover the spread remains a big question, but they definitely look ready to win the Montgomery Bowl.