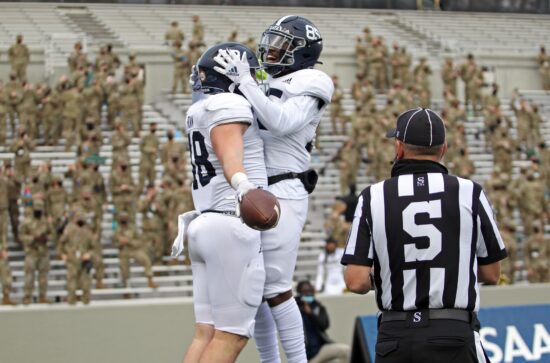 Both teams are going into the 2020 New Orleans Bowl after losing in the last round of the regular college football season. Georgia Southern lost to Appalachian State by 34-26 some 10 days ago, in a game in which they were the underdog.

The same day, Louisiana Tech got destroyed by TCU by 52-10. The loss wasn’t the worst thing to happen to the Bulldogs in that game – their first-choice quarterback Luke Anthony got taken off the field after fracturing his shin.

The New Orleans Bowl has been around for two decades, but the 2020 game will be unlike any previous one. The reason is the COVID-19 pandemic, which has forced the organizers to limit the attendance. Only about 3,000 fans will be permitted inside the Mercedes-Benz Superdome. In normal circumstances, the arena has a seating capacity of 74,295.

The Bulldogs Looking for the 7th Bowl Win

The Louisiana Tech Bulldogs have the longest winning streak in FBS Football when bowl games are considered. This team has won their previous six college bowls, one of which was the New Orleans Bowl. They won it in 2015.

The Bulldogs are entering the game as the underdog, one of the reasons for which is that they haven’t been playing too well lately, particularly in the defense. In fact, this team has conceded a total of 83 points in the two games they played in December.

Still, in the Louisiana Tech vs Georgia Southern game, their biggest problem is their offense. The thing is that their QB Luke Anthony suffered a horrific injury in the game against TCU, which will keep him sidelined for at least a couple of months.

The man who passed for 1,479 yards this season, with16 touchdowns, will be replaced by Aaron Allen. We saw him struggling in the game with TCU, in which he came in as Anthony’s replacement. Allen completed only 5 of 11 attempted passes while getting two of his passes intercepted. He also got sacked once in that game.

Still, to be fair, we did see Allen performing well on a few occasions this season. On the last day of October, for instance, we saw him throwing two touchdown passes against the UAB Blazers.

What’s giving Louisiana Tech hope for the 2020 New Orleans Bowl is that their opponent hasn’t been too impressive. The Eagles finished the regular season with a 7-5 record. We saw their most recent game resulting in a defeat to Appalachian State.

An interesting fact about Georgia Southern in 2020 is that in each of the games they lost, they were the underdog. This time, however, the Eagles are the favorite team to win.