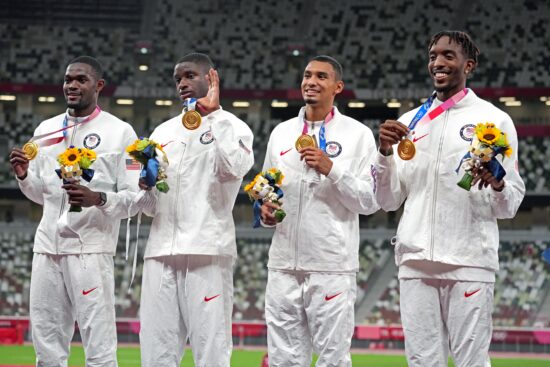 The 2020 Olympic Games have been officially closed today in Tokyo. After 16 days of competing in 33 different sports and 50 disciplines, the biggest event in the world has come to its end.

The USA Leads the Way

The American Olympic team collected 113 medals in Tokyo, is by far the most successful group in Japan. The Americans ended the Games with 39 gold medals, one more than their biggest rivals, China. However, when looking at the total number of medals won, the USA is much better than the Chinese team who ended the campaign with 88.

Team USA was dominant in basketball, athletics, and swimming sports, sweeping the competition in all the sports and disciplines involved.

When it comes to China, they won 14 of 38 gold medals in diving and weight lifting, and they also had the best results in shooting and table tennis.

Interestingly, before the start of the final day, the USA was trailing China for two gold medals. Still, the American basketball team and Jennifer Valente in the women’s omnium in the velodrome clinched wins that tied the two countries. The difference was made in women’s volleyball when America beat Brazil in straight sets to win the tournament.

Before the start of the closing day, bookmakers favored China to have the most gold medals -133, while the USA sat at +150.

Far behind the leading duo was Japan’s host nation, with 27 golds and 58 medals in total. Only Great Britain and Russia had 20+ gold medals, 22 and 20 respectively.

The last event of the tournament was the men’s water polo finals between Serbia and Greece, in which the Serbs won, 13-10 defending the gold from Rio.

The Games in Tokyo were postponed last year, and the possibility of seeing the same scenario was pretty high at one point. A few months before the start of the tournament, the atmosphere in Japan’s capital wasn’t favoring the Olympics, with the residents protesting and pressuring the IOC and the Japanese government to cancel the event.

Eventually, one of the main measures to increase the safety of both the athletes and the ordinary people of Tokyo was limiting the spectators or prohibiting them from certain events.

Even while the Games lasted, the Japanese public wasn’t thrilled because of the same, and according to the reports from various media and journalists, the atmosphere was far from the expected.

Days before the Olympics, a scandal broke out. The media reported that there aren’t enough COVID-19 tests for all the athletes and the supporting crews, which threatened to endanger the whole manifestation. Also, at the same time, the number of infection cases reached a six-month high, indicating that it might continue to rise.

As we speak, various NGOs and other political and non-political subjects in Japan claim that the consequences of the Olympic Games might make everyday life much more complicated.

During the Games, the local authorities have imposed some restrictions, which only infuriated the residents.

Today’s closing ceremony marks the end of the second Olympic Games held in Tokyo. Paris’s next host city, with the Games taking place in the City of Lights in three years. Los Angeles will take over the Olympic flag once it leaves the French capital, and after that, Brisbane who hosts the Games in 2032.