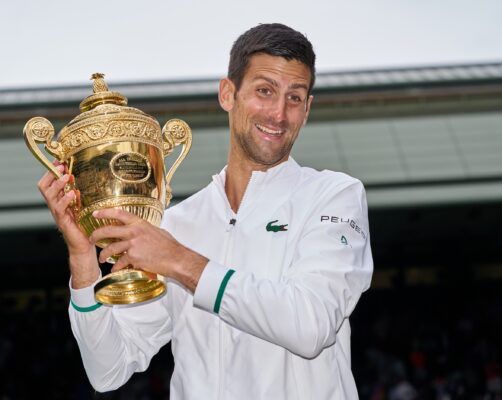 The tennis draw for the Olympic tournament has been released today, with the brackets for the tournament in Tokyo completed. We now have the potential path towards the gold medal for each player, and if we may add, it looks very interesting.

There aren’t too many veterans in Tokyo; apart from Novak Djokovic, Andy Murray and Marin Cilic are the only other Grand Slam winners, but with all due respect, these two guys aren’t elite anymore.

The top five seeds feature Novak and the former members of the NextGen – Medvedev, Tsitsipas, Zvered, and Rublev. Once again, the Serb is the biggest favorite for winning the title, with the gold at the Olympics being the only thing that he lacks in his trophy collection.

Djokovic meets the Bolivian Hugo Dellien Jr. in the first round and has a potential clash with Andrey Rublev in the quarterfinals. The Russian will first have to eliminate the home favorite and once a top-10 player, Kei Nishikori, with whom he meets in the opening match.

The potential semifinals in this part involve Zverev, who faces Lu Yen-Hsun in his first contest. Arguably the most interesting matchup of this section is the one between Marton Fuscovics and Hubert Hurkacz, who are in Zverev’s part of the draw.

The bottom half of the draw is more interesting.

No.3 seed Stefanos Tsitsipas will have a big test in the opener against the veteran German, Philipp Kohlschreiber. His potential opponents in the quarterfinals are Diego Schwartzman and Karen Khachanov, who are heading onto one another in the third round if everything goes as planned.

The American, Francis Tiafoe, could meet the Greek in the second round if he eliminates Soon-woo Kwon at the start, which is pretty much expected.

Arguably the toughest section of the entire draw is section 4. The second seed Daniil Medvedev will have a very tough time reaching the semis here, with the likes of Andy Murray, Marin Cilic, Felix Auger-Aliassime, Fabio Fognini, and many more sitting in this part of the draw.

Medvedev meets Alexander Bublik in the first round, and after that, awaits the better from Denis Istomin vs. Sumit Nagal clash.

Andy Murray, the two-time Olympic champion, starts his quest for the record third gold against the ninth-seeded Auger-Aliassime, which is the most interesting matchup of the entire first round.

Murray is far away from his best shape, while on the other side, the young Canadian is the rising star of world tennis. He would recently reach the Wimbledon quarterfinals a few weeks ago.

The 2014 US Open winner, Marin Cilic, opens the tournament against Joao Menezes, while No.15 Fabio Fognini plays against Yuchi Sugita.