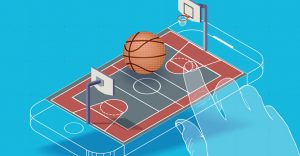 The 2020 WNBA Finals are upon us with the Las Vegas Aces and Seattle Storm walking out against each other on Friday, October 2, at 7 p.m. The teams will be facing off at the IMG Academy in Bradenton, Florida for Game 1 in what will be a Best of Five series.

Las Vegas Aces are coming in as the heavy favorites here with (-210) according to sportsbooks, but the Seattle Storm seem to be having a great chance to secure a victory in the upcoming showdown.

While the odds put them heavily behind, Seattle will be able to pry away at least a few victories, and the series are very likely to go the full distance.

The Aces went the full distance in the semifinal series against the Connecticut Sun, clinching a well-deserved win in Game 5 and settling the series. The team held their ground and clinched a very close 66-63 victory, making it into the finals.

A’ja Wilson pulled her team ahead with 23 points and 11 rebounds, joining Angel McCoughtry with 20 points and Kayla McBride with 10 points. The trio brought big dividends for the Aces on the court, and Wilson has once again proved that she is indeed a worthy 2020 WNBA MVP titleholder.

More importantly, the Aces didn’t lose any player and their injury report is looking good. Wilson will be part of the finals as well, giving the team a much needed boost in an event as important as the series against Seattle.

The Storms Are Ready for a Title

Even though sportsbooks post the Seattle Storm at (+180) they are definitely a team worth betting on. First off, they have had more time than the Aces to rest up. With four days break to the Finals, the team definitely has had time to study their opponents and devise their stratagem.

Of course, there is the downside that a team can get too complacent with not playing in any competitive games, but the Storm has been drilling hard. Sue Bird, their playmaker, seems to be doing quite well after she had to miss half of the regular season games due to a bruised knee.

Breanna Stewart has been averaging 23 points a game, which is another worthwhile addition to the team and the Storm has Jewell Lloyd to count on as well. Besides, the team will face a slightly weakened Aces’ line-up with Dearica Hamby out for the Finals.

However, the Storm still remembers both games against the LVA, which both ended up with defeats for Seattle. The first game was an overwhelming 82-74 and the second one came very close with 86-84.

Can Seattle pry away a much-needed victory? We believe they can, but the series promises to be contested and Seattle is clearly an underdog.