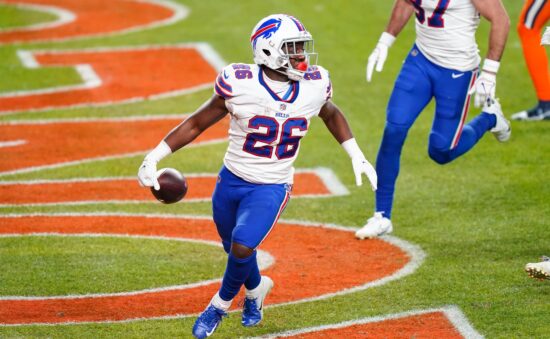 The tension in Kansas City before the AFC Championship match against the Buffalo Bills is hitting the ceiling. There aren’t any official informations on whether will Patrick Mahomes play, and the entire Chiefs’ fanbase is going through an agonizing situation.

We’ve done extensive research on this matter this Monday and Tuesday, and from the data gathered, we concluded that the chances for seeing the 2018 NFL MVP on the field are solid. Therefore, this preview will be written as if Mahomes plays one Sunday.

In order to beat the Kansas City Chiefs, one team needs to outperform Mahomes and the Chiefs’ offense. That means that Josh Allen and Stefon Diggs need to be at the highest possible level of play. When looking at the overall stats, Buffalo has more points per game, 31.3 compared to 29.6 Chiefs scored.

Yet, in the direct matchup back in October, the Bills lost at home to Kansas City, yielding just 17 points. Allen had miserable 122 passing yards, while Diggs caught 46 yards. After that game, the duo flourished, becoming one of the best in recent years, but they need to confirm that in Sunday’s game. Otherwise, all those fantastic stats and numbers won’t matter.

Bills’ defense was excellent against the Ravens, limiting them to three points, which we haven’t seen for quite some time. They, too, would need to be much better than usual, especially the secondary.

All you guys need to acknowledge the Chiefs’ defense for their performance against the Browns. In the moments when Mahomes had to go out, they were the ones that stopped Mayfield and the Browns. Even though Cleveland outscored the hosts in the final period, it was the defense that provided some plays that stopped the Browns’ momentum.

Also, the best running back duo in the league, Hunt-Chubb, was limited to just 112 yards, which is a significant success having in mind the circumstances.

The defensive crew will need to step up, especially if Mahomes isn’t available, but as we said, per some sources and all the data we saw, he should be ready for the match. The only questionable thing is his current condition, and did that hit leave some consequences.

Bills vs Chiefs Head to Head

The two sides met in Week 6, and the Chiefs won, 26-17 after a big battle at the Bills Stadium. Fantastic Clyde Edwards-Helaire had 161 rushing yards, destroying the hosts’ defense; Mahomes threw 225 yards and two TDs.

Bills vs Chiefs Pick and Prediction

Over/Under limit is set at 53.5 points. The weather in KC this Sunday will be very bad, with rain, or even snow involved. Throughout these playoffs, the Under games were more frequent, and we expect this trend to continue. After all, none of three playoff matches that saw either Colts or the Bills involved saw Over.

Even though we have two fantastic offenses involved, weather and the importance of the contest will decrease the efficiency.