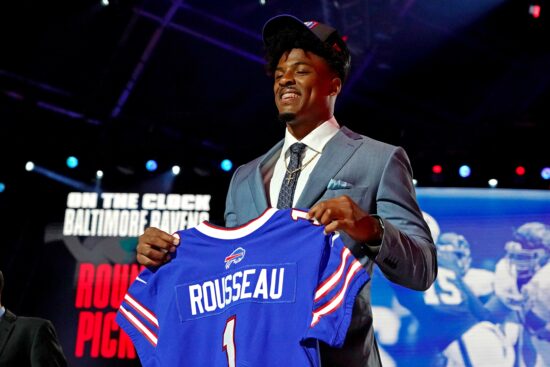 Last season represented a huge step forward for Josh Allen and the Buffalo Bills, but they were still some way off making the Super Bowl as Kansas City were comfortable winners in the AFC Championship game last season.

That loss was largely put down to their inability to get to Patrick Mahomes and put some pressure on his throws, and no defense is going to hold up if he has the time to move around to let his receivers get open.

This is one of the more complete rosters in the league so the main need was to add depth alongside the pass rush, and that’s represented as there’s a good spread of positions among the picks here.

It’s certainly one of the stronger drafts when it comes to names thanks to the wonderful Rachad Wildgoose and Boogie Basham, but the main priority was to get an edge rusher and that happened in the first round when they were able to nab Greg Rousseau.

The O-line often goes under the radar as one of the stronger units in the league, and there’s a clear attempt to add some depth to that unit with three selections going there.

One of the best stories to come out of Buffalo’s draft was Spencer Brown and the way he chose to celebrate becoming a Bill – it certainly looks like he’s going to fit right in:

Most of these rookies are likely to be depth options as they develop behind more experienced starters, so it will be interesting to see if they’ve done enough to go one better next season.