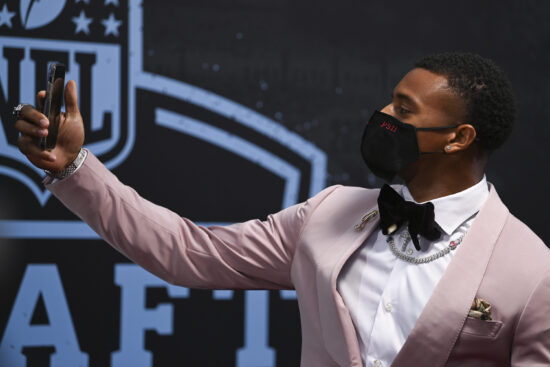 Last season proved that Drew Lock isn’t enough to help Denver win this division just now, so they simply had to do something to address the QB position.

They traded for Teddy Bridgewater on the eve of the draft and he’s a more reliable option that Lock, but that didn’t stop the rumours about a QB pick happening at number 9.

There may still be a slight hope that they find a way to land Aaron Rodgers as he continues to kick-off with the Packers, but his contract situation also changes drastically later in the year so that may have to wait.

If they did want to go with a QB then Mac Jones and Justin Fields were there for the taking, but they chose to give the defense some major help instead with Pat Surtain II:

There are plenty of quality receivers in Denver so the main need on offense was to find a new running back, and there will be high-expectations for Javonte Williams who was taken early in the 2nd.

When you share a division with Patrick Mahomes and Justin Herbert then having a solid defense is an absolute must, and that’s reflected in this draft with most picks addressing that side of the ball.

It still feels like they have something up their sleeve when it comes to finding another QB over the next few months so that’s a situation to watch, while Rodgers would take this offense to a whole new level if they can somehow find a way.