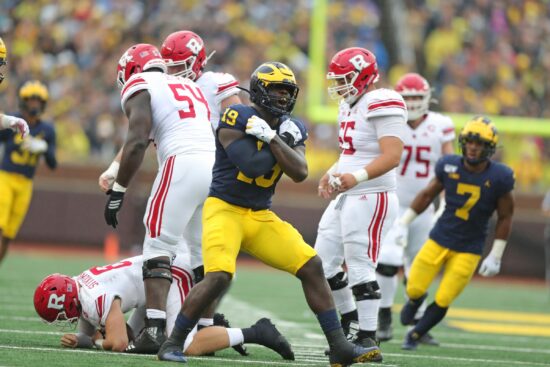 The Colts have done well to remain competitive since the retirement of Andrew Luck, but they are also still searching for the man to lead the franchise for years to come.

Philip Rivers gave it all he had last season and they fought hard in the playoffs, but their chances of success will depend on what version of Carson Wentz turns up.

He was playing at an MVP level during his first couple of years with the Eagles but injuries were an issue, and he took a big step back last year.

READ MORE: Biggest talking points after round 1 of the 2021 NFL draft

It wasn’t clear if it was a lack of help on offense or if he was just trying to be the hero on every play, but he made some costly decisions and he did seem to hold on to the ball for far too long.

There will be hopes that a fresh start in Indianapolis with some familiar coaching staff will reignite his game, and it allowed them to focus on their defensive needs in the Draft:

The Colts do have one of the more complete rosters in the NFL, but one of their biggest issues has come on offense with a lack of pass rush.

The selection of Paye should hopefully change that as he was rated as one of the best edge guys coming into the draft, and there will be further hope that some of their younger players can break out next season too.

The playoff hopes probably do depend on Carson Wentz and his ability to move the offense while also keeping the mistakes to a minimum, but there’s the makings of a great defense here and that should be enough to keep them in play-off contention as a bare minimum.