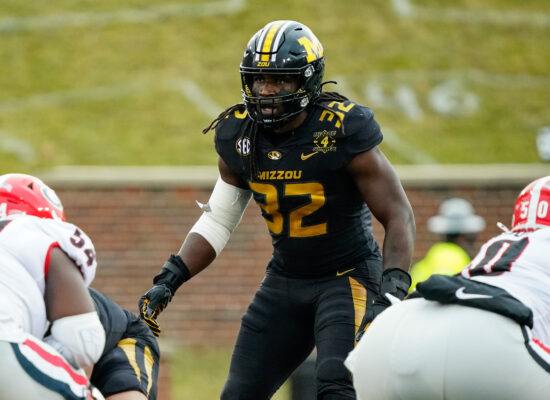 It’s easy to speculate and say we would be talking about the back-to-back Super Bowl champs here if it wasn’t for severe problems on the O-line in February.

Patrick Mahomes was running for his life against Tampa Bay and even then he was still putting the ball up for grabs, so it looks like a concerted effort has been made to stop that happening again.

The biggest moves actually came before the draft as they signed Joe Thuney in free agency, while Orlando Brown was acquired from the Baltimore Ravens so that gives them an outstanding left hand side of the line.

The Orlando Brown trade did mean they went into last weekend without a 1st rounder, but it also left them free to address some other needs with the picks:

There was further depth added to the O-line in the Draft and Laurant Duvernay-Tardif should also return after his year working on the front lines against covid, so that looks like it shouldn’t be a concern anymore.

Sammy Watkins did leave in free agency so it can’t hurt to have another receiver to develop in there, while there will be hopes that Nick Bolton can help to bolster the defense.

If they are able to keep Mahomes upright then there’s no reason to think they’ll be doing anything else but contending for the Super Bowl again, so time will tell if their aggressive approach to fixing their biggest problem has paid off.