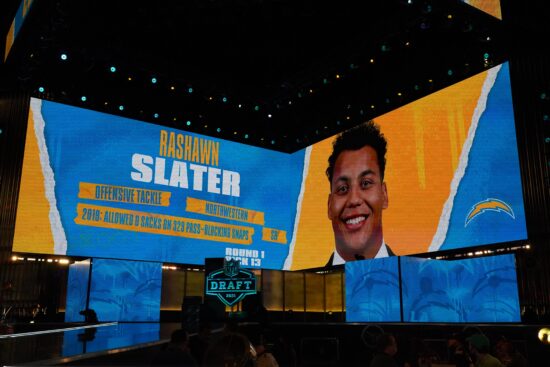 Trying to find your starter for the future after losing a long-term franchise QB can often take years, so there has to be a ton of optimism in LA over the development of Justin Herbert last season.

It wasn’t just that he looked promising – he genuinely looked like he could be a top 10 QB for years to come, and he could legitimately be seen as an upgrade over Philip Rivers.

There are a few holes in the roster so it makes sense that they went with a few different positions in the Draft, but the major need was finding someone to protect Herbert’s blindside and it all worked out perfectly:

The pick of Slater could be massive as it fills a key need with one of the best tackles in the Draft class, while they also managed to fill their second big need in the second.

Realistically they’ll also need some of those later round picks to be an instant hit if they want to topple Kansas City at the top of the division, but a winning season and a play-off push shouldn’t be out of the question at all.