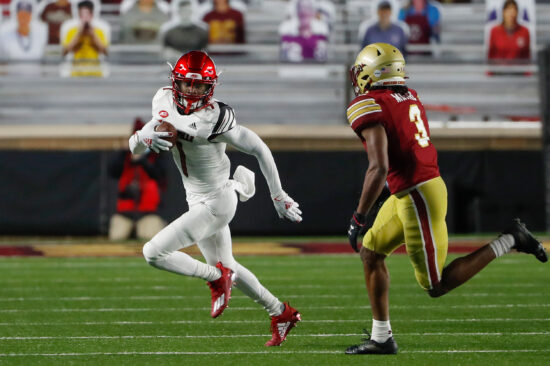 Rams fans are probably starting to accept that they’ll never pick in the 1st round of the NFL Draft again, but they have seen success in recent years by hitting on late round picks.

They’ve given up multiple 1sts over the years to take Jared Goff and to secure the trade of Jalen Ramsey, while this year saw them give up that opening pick to get Matt Stafford in the building.

There are high hopes that he will be enough to take this offense to the next level, while the defense had a few holes after losing some key guys in free agency.

In the end they didn’t bolster the O-line which may surprise some, but they’ve reinforced the defense and added some new weapons too:

The Rams are always one of the more interesting teams to watch because they are happy to rely on a few “X-Factor” players on either side of the ball who can take over a game, while they’ll then rely on good coaching and schemes to elevate the rest to a high level.

The picks of three WRs is an interesting one when you consider they have Cooper Kupp, DeSean Jackson and Robert Woods on on the roster already, while Van Jefferson will be looking to build on his rookie year too.

The major challenge will come on defense where a few of these rookies may need to play a big role straight away, so it will be fun to see how good this class turns out to be.