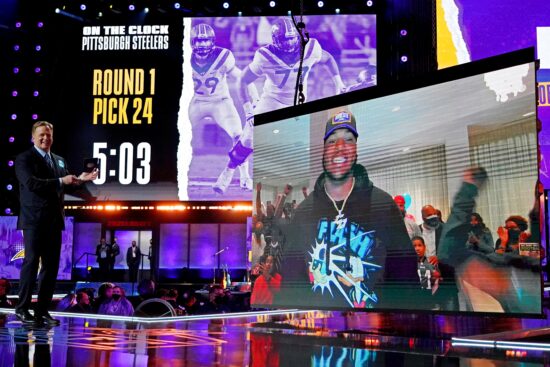 Kirk Cousins is one of those QBs who’ll always give you a chance to be competitive and he did show that he can do it in the play-offs two years ago, but you still get the feeling that he would be replaced if the Vikings had the chance at someone better.

They didn’t really have a chance to take any of the top QBs in this draft class as they quickly came off the board, but they have opened up one of the more interesting QB battles to watch as they went for Kellen Mond early in the 3rd round.

The overwhelming need coming into the Draft was on the O-line and more specifically at LT, so taking Darrisaw with that 1st round pick should go some way to giving the QB some protection.

Their 2020 campaign was largely a disaster and there were multiple holes that had to be filled on the defense, so it explains why they decided to trade down to pick up multiple mid-round picks to try and solve that.

READ MORE: The biggest QB battles to watch after the 2021 NFL Draft

They have addressed a lot of their major needs in terms of the picks, but they’ll really need this to be a strong Draft class to instantly propel them back into contention.

The QB situation will also be interesting as Mond offers a solid back-up presence as a bare minimum, but it won’t be a surprise if Cousins is swapped out as the season goes on if they aren’t on track for the postseason.