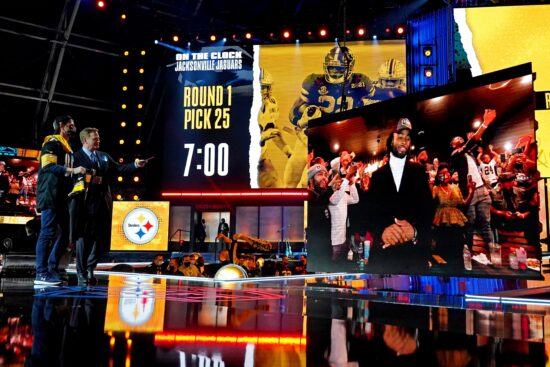 It’s very likely that this could be the final year of Ben Roethlisberger, so it left the Steelers with some interesting choices to make.

They need to be wary of the future and it’s unlikely that Mason Rudolph or former Washington 1st round pick Dwayne Haskins will develop into a high-level replacement.

The defense was outstanding last season but the offense was stifled by having absolutely no running game, so all the opposition had to do was sit on the short routes and nothing was going to happen.

They Draft class of 2021 should inject some juice back into the offense, but will it be enough to result in one final push for a Championship under Big Ben?

The development of Najee Harris is going to be huge as the largely unhelpful comparisons to Le’Veon Bell have already started, but if he can get going on the ground then this offense will open up.

They also invested in the O-line with their opening picks which was another huge need, while the selection of a TE in round 2 should further help the passing game.

The defense should still be strong and they’ll further benefit from an offense that’s able to move the ball, but it’s going to come down to how quickly the rookies can develop.

Big Ben may not be around to see them fully develop and reach their potential, but at least they’ve tried to load up the cannon for one final push.