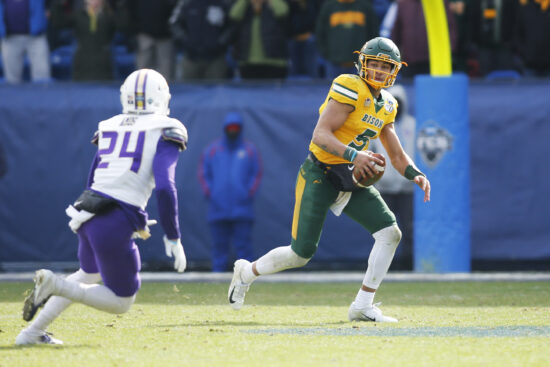 The 49ers could talk all they wanted about Jimmy G being their man for next next season, but you don’t trade all the way up to number 3 not to take a QB.

There had been plenty of speculation over who they would take, as it appeared that they would have their pick of the QB class after Zach Wilson and Trevor Lawrence had been picked.

Mac Jones was the name on a lot of lips as it was felt that he might be the ideal fit for the offense, but they went with Trey Lance instead:

It now leads to a fascinating decision ahead of next season as Lance may benefit from having some time to sit and learn, but there will be pressure to start him straight away.

There was also some trade talk surrounding Garoppolo and particularly the Patriots, but they got their guy in Mac Jones and there doesn’t seem to be any other obvious candidates for a trade just now.

If you do want to throw a rookie QB straight into a starting role then you need to give them a strong running game to lean on, and that has also been developed with two selections in this class.

The defense is set to bounce back next year as some key starters return from injury, so again that should provide a stable platform for a rookie QB to build from.

At this point it still looks like Jimmy G will start next year, but he’ll hit free agency after the season and they’ll want to be sure that Lance is ready to go for 2022 at the latest.