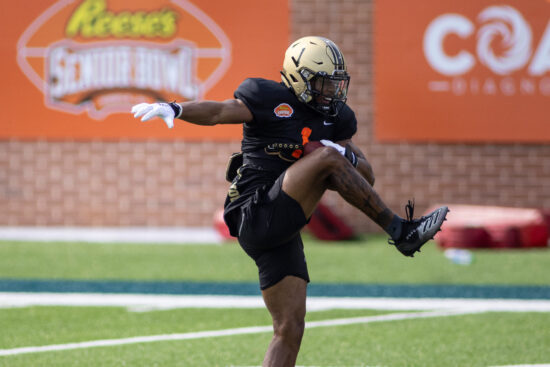 This is a team with multiple needs after losing some key starters in free agency, but they also gave up a lot to trade for Jamal Adams so they only managed to take three players this year.

They needed to find a CB who was capable of fighting for a starting job after losing Shaquill Griffin, while Russell Wilson also needed some added protection and weapons in the passing game.

It was always going to be a lean draft for Seattle after giving up the 1st rounder for Adams, but they do know something about finding a great receiver in the 2nd round:

They’ll need Brown and Forsythe to step up and play a role straight away, but at least there can be some excitement over the 2nd round pick in D’Wayne Eskridge.

He wasn’t quite touted as a 1st round option but he was expected to be one of the better pick-ups in day 2, and the success of DK Metcalf from this round does set a precedent.

READ MORE: The biggest talking points from the 2021 NFL Draft

It’s going to be an interesting season for Seattle as it does look like they’ve gotten weaker during this off-season, and it doesn’t look the QB is particularly happy with the current situation.

It’s hard to tell just how accurate some of the speculation about a Russell Wilson trade have been, but if he’s not properly protected this year and the team doesn’t make the playoffs then you can be sure the speculation will intensify.