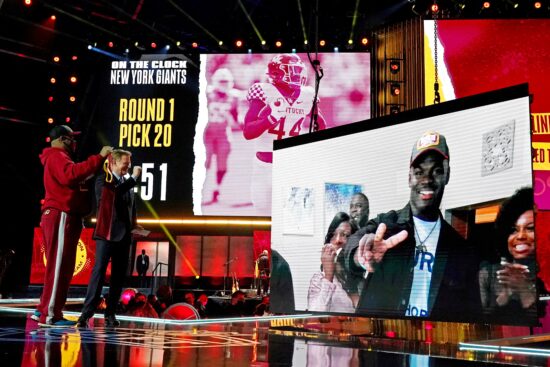 Washington just found themselves out of contention for one of the best QBs in this draft due to making the play-offs last season, but they look well set up for at least one year with Ryan Fitzpatrick under contract.

The defense has some outstanding talent in the pass rush and on the D-line, but they needed some help at safety and in the linebacker position going into the draft.

The offense needed to add some more protection on the O-line and some further weapons in the passing game, and they were able to bolster those ranks with their ten picks this year.

The pick of Jamin Davis in the 1st round was widely touted before draft night and he does look like the perfect option to fill the key need at linebacker, while the offense also got plenty of help as the Draft went on.

The defense is more than good enough to keep this team in most of their games, but they will need some magic from Fitzpatrick.

READ MORE: Every pick from round one of the 2021 NFL Draft

It’s never clear if you’re going to get the fearless Fitzmagic that Miami saw last year or the turnover machine that’s plagued his career, but you do know that he’s going to make this team interesting to watch at least.