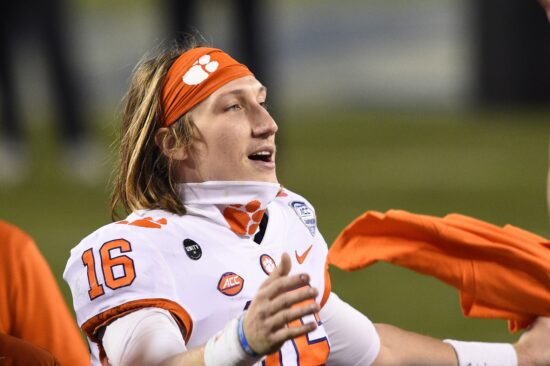 The kickoff to the 2021 NCAA football season is now less than two months away, so let’s fire up the hype train for a jam-packed week 1 viewing guide. The second weekend of games gets underway on September 1st, with five games slated for Week 0 action beginning on August 28th. Here’s a way too early preview of some of the best contests for the first full weekend of the college season:

The Buckeyes will try to extend their winning streak to 12 straight over the Golden Gophers but will have to do so without Justin Fields under center, as the star QB is off to the Chicago Bears. This is a Thursday night battle in the Twin Cities – weird circumstances – and OSU could very well be looking ahead to their week 2 matchup with #14 Oregon. Minnesota may not win, but they have the pieces to keep this one close.

Two conference foes just looking for some normalcy meet-up in the season opener. Penn State was all over the map last year, losing their first five games but then bouncing back to win four consecutive contests to close out the year. Wisconsin never really knew what they had last season, playing just six regular-season games due to COVID cancellations. Let’s hope those are behind us.

Alabama has covered the spread in 9 of their last 10 neutral site openers, but they’ll have some work to do as -17.5 favorites over the Hurricanes. The Tide don’t rebuild, they reload which they’ll have to do with Jaylen Waddle, DeVonta Smith, Mac Jones, and Najee Harris among the many Alabama players off to the NFL. Miami returns all but three starters from an 8-3 season last year, but QB D’Eriq King’s knee injury – and subsequent recovery – in the Cheez-It Bowl remains a concern.

It’s been awhile since Clemson didn’t have the advantage at QB, but now that the Trevor Lawrence era is over that may be the case for week 1. DJ Uiagelelei did show signs of brilliance in his two starts for Lawrence last season, but the Bulldogs believe they have a Heisman dark horse in QB J.T. Daniels. Georgia has won six of the last seven head-to-head meetings, but are +4 point underdogs here.

The Irish open as 10-point favorites in Tallahassee despite having to replace 3+ year starter at QB Ian Book as well as a couple of All-American lineman. The Seminoles were just 3-6 last season, but should be better in their second season under Mike Norvell and if former Heisman candidate and UCF transfer McKenzie Milton can return from a devastating knee injury in 2018.

Cheers to what should be a resurgent season as fans are back in the stands and things hopefully get back to ‘normal’ in the NCAA.