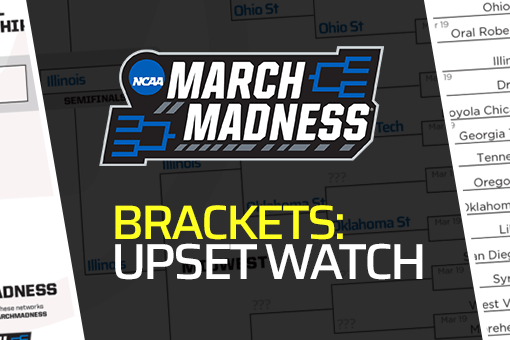 After a one-year hiatus due to the pandemic, NCAA March Madness is back. Brackets will be coming in by the millions this year as fans make up for lost time. Something that is becoming more of a standard scoring method is awarding double points for picking first-round upsets. With that in mind, let’s take a look at some games that could have the lower seed prevailing:

Villanova was 10-1 at one point this season and finished 16-6 while playing in the tough Big East tournament. This team suffered a huge blow on March 3rd when Collin Gillespie was lost for the season with a knee injury. Gillespie was the second-leading scorer, led in assists, and perhaps most importantly during tournament time was a Senior ball handler.

Winthrop went 23-1 during the regular season, their only loss coming by 2-points to UNC-Asheville. Sure the quality of competition between these two teams isn’t equal, but Winthrop tore through the Big South tournament winning all three games by 20+ points.

It’s technically an upset if the lower seeded Hokies win and with this spread being just a point it’s worth a pick. VT lost 81-73 to North Carolina in the ACC tournament, but it was also their first game in two weeks due to cancellations. An inconsistent Florida team has lost three of their last four, their only win coming against Vanderbilt, the worst team in the SEC.

It’s almost strange that the higher seeded Aztecs are even favored in this matchup. The Orange were a bubble team, but how do you not give Jim Boeheim his 35th tournament berth? Syracuse beat North Carolina and Clemson to close out the regular season, and lost to #16 Virginia in the ACC tournament on a last second three pointer.

Make no mistake, SDSU is pretty solid too, winning 14 straight including the Mountain West tournament. They don’t play the teams that Syracuse did in the tough ACC though. Of their 14 straight wins, the Aztecs were double digit favorites in 11 of them.

Creighton is a 20-win team and ranked 17th in the country. They didn’t look like it in a 25-point loss to Georgetown in the Big East title game however. Creighton can get ice cold as they showed going 8-30 in the first half vs. the Hoyas. UCSB hasn’t played the same level of competition as Creighton, but they’re on a roll with their last two wins in the Big West tourney coming by 15+. The Gauchos are 18-1 in their last 19 games.

There’s arguably no team hotter than Patrick Ewing’s Georgetown squad right now. Over the past weekend they beat the Big East #1 seed and #14 overall Villanova and toppled #17 Creighton by 25 points to post four wins in four days, capturing the conference tournament crown. That’s momentum, and it will be a force against a Colorado team that was 11-7 when not playing on their own court.

It’s going to be a fun one and a long time coming. Enjoy the tournament, we’ve earned it.