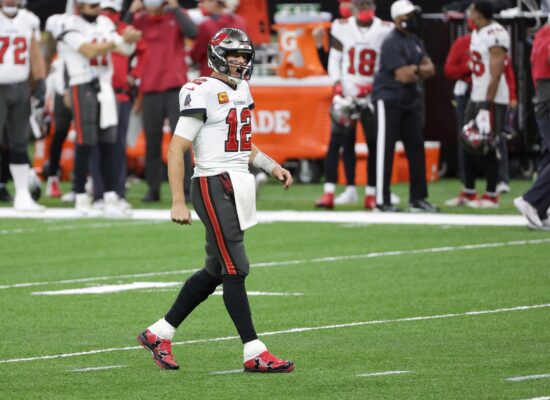 Tampa Bay Buccaneers and the Green Bay Packers clash in the NFC Championship game. Aaron Rodgers hosts Tom Brady, in what promises to be the most interesting match of the entire season so far.

Two of the most gifted quarterbacks over the past few decades, will decide who goes to the Super Bowl LV. Will Rodgers attack his second Vince Lombardi trophy, or Brady his seventh, first with the Bucs? We will find out on Sunday night.

Packers to Use the Home-Court Advantage

The majority of the Buccaneers’ players never experienced the harsh and cold winter up north at this time of the year. Brady, Gronk, and Antonio Brown have, but the rest haven’t. And that is a massive plus for the hosts. Just look back at what the Rams’ players said what it was like for them to play on a cold and windy day in Green Bay, that should clarify some things.

Many saw Green Bay’s QB as the legit successor of Tom Brady. After all, Rodgers could be the most talented passer of all time, with a massive misfortune of having Mike McCarthy as his head coach. That guy probably cost him and the Packs at least one more Super Bowl ring.

He was masterful against the Rams with 296 yards, and two touchdown passes with one rushing, throwing bombs from all sorts of positions and avoiding attacks from the most ferocious linebacker duo in the league, Aaron Donald and Leonard Floyd.

Running backs will be of the greatest importance for the Packs, as they meet the league’s best rushing defense. Jones, Williams, and Dillon had 188 yards against the Rams, and if they repeat such a performance, Packs’ chances for a win are massive.

We already wrote about Tampa Bay’s perfect form targeting. Antonio Brown was in the center of attention in the past few weeks, but against the Saints, Leonard Fournette took over the spotlight.

The former No.4 pick at the 2017 draft was excellent in the past two games, having 100+yards from the scrimmage and one TD in both. Fournette scored a receiving TD against the Saints, but was there to carry the football in the crucial situations, especially in the final few minutes when Tamba Bay kept the ball and wasted time.

Tom Brady is on his territory now. Unlike the majority of the players on his team, he knows how to behave in situations such as this one. Even though many expected to see fireworks in New Orleans, Brady was calm, making his offense diverse.

The Bucs dismantled Green Bay this year, 38-10 in Tampa Bay. Packs started the game well but just collapsed, allowing the hosts to roll over them.

Buccaneers vs Packers Pick and Prediction

Both sides are at the peak of their form and have superb, well-balanced offenses that score points in various ways. Now, nobody mentioned the defenses, who are performing superbly too.

Bucs froze Brees, while Packers limited the Rams to 18 points. Add cold weather in Green Bay, and there you have all factors for seeing under 51 points, which is the limit for over/under number of points.