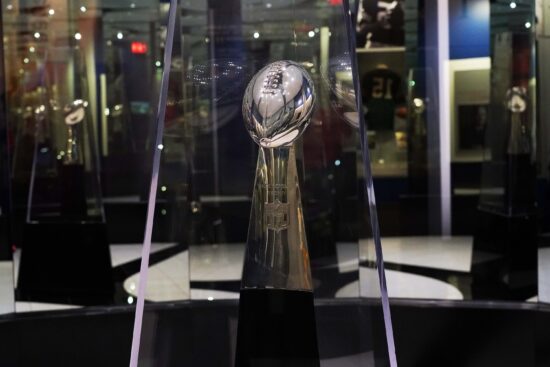 The 2021 NFL season will begin on September 9 as the Tampa Bay Buccaneers will host the Dallas Cowboys on Thursday Night Football. Defending Super Bowl champions traditionally begin the next season by hosting the first game of the year, and that is the case in 2021.

The Tampa Bay Buccaneers have opened up as six-point favorites over the Cowboys, who should have Dak Prescott back under center. The league will be hosting a free music festival in Tampa in the hours leading up to the season opener.

There will be just one Monday Night Football Game in Week 1 this year after the league has been playing two games on that night for the last few years. The Las Vegas Raiders will host the Baltimore Ravens in what will be the first time that fans are able to attend games at Allegiant Stadium.

Sunday Night Football on Week 12 will see the Los Angeles Rams hosting the Chicago Bears. This is the fourth straight season that these two teams will be featured in primetime, and it could be the first game in the career of quarterback Justin Fields.

The Chicago Bears will also reportedly be playing the Detroit Lions again on Thanksgiving Day for the third time in four seasons. This matchup has not yet been confirmed by the league, but the entire schedule of Thankgvising Day matchups will be featured during the NFL announcement on Wednesday night.

The league will be returning to London again this season after the COVID-19 pandemic forced the league to cancel all international games. The Jacksonville Jaguars will be heading back to the UK once again, playing in their 8th matchup since the league started playing games overseas.

The Jaguars will host the Miami Dolphins on October 17. The other matchup will feature the Atlanta Hawks hosting the New York Jets on October 10.

Both games will be played at Tottenham Hotspur Stadium. Additional international games could be announced on Wednesday night.

This will be the first time in NFL history that each team will play a 17-game regular-season schedule. The league owners have been trying to implement an additional game for the last few seasons, but that group was finally able to reach a deal with the NFLPA.

The additional regular season will take away a game from the preseason, as each team will now be playing just three exhibition games. This will also push the Super Bowl back another week, and it is scheduled for February 13, 2022, the latest that the game has ever been played.

The playoffs have traditionally started the first weekend in January, but the regular season won’t end until January 9, 2022.