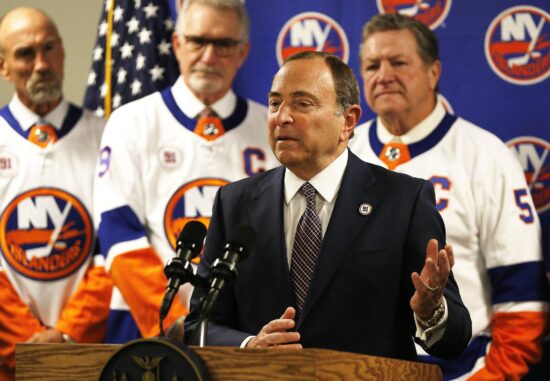 The 2021 NHL Season is coming back and that is good news. Originally, the event was supposed to start on January 1, but a few potholes have delayed the roll-out by a couple of weeks.

There is nothing that needs to worry fans, though. The league has managed to pull through one of its most pressing issues and sorted out its purse. Now, the NHL is ready to bring fans back to the stadiums, offer high-grade live streaming experiences, and provide NHL fans with a great time.

The league may yet change or shift some of its dates, depending on how the pandemic evolves, but for now, the dates have been set.

The dates moved a little after the league was supposed to start on January 1 with the camp, but the date was revised back a few days.

We recommend bookmarking the schedule page on NHL.com for the most accurate updates but you can also find the same page below:

How Many Games for the New Season?

There will be 56 games. After the NBA announced it will return in a slightly altered format and reduced format, the question of whether other sports face the same fate has been asked repeatedly. For all we know, the 2021 NHL Season should feature 56 games as confirmed by sports journalist Greg Wyshynski, and the league.

Where Can I Watch and Live Stream the 2021 NHL Season Games?

There are many excellent options to watch the 2021 NHL Season Games at this point. While not all have been confirmed, you will generally find access at any of the following live streaming services:

*Please note that this information is subject to change. These are usually the safest options to go with when shopping around for a subscription service to watch your favorite NHL games on. Most of these services also cover other important events, such as the MLB, NBA, NFL, MLS and so on.

Will There Be an NHL Bubble?

The bubble format has been ruled out for the most part. Players still have to isolate themselves, which is not ideal, as it may have a direct impact on their mental health and performance, but it’s much better than forcing everyone in one place during the entire season. The season will be also played to a much tighter schedule and over a period of four months, which means teams won’t get any breaks.

There will be no summer hockey, and the teams will have to hedge against many unpredictable situations involving injuries, travel restrictions and more. The format has been changed so that players can alternate between bursts of plays and some downtime, for around a week, so that they can unwind back at home.

How Are the Games Going to Be Scheduled?

Scheduling may be a bit of a nightmare. In other seasons, we would usually know what games will be played and where, and more importantly when. However, for this season, NHL Commissioner Gary Bettman has cautioned that fans should prepare for a bit of a choppy season with the League doing its best to adapt to state quarantine rules, travel restriction, the incidence of covid-19 infections, and more.

The head-up games will be based on proximity too rather than what the best matches are, meaning some teams could face the same opponents repeatedly.

Will Live Attendance by Fans Be Allowed?

We believe so, but we have no official confirmation on this. Gate receipts are a painful topic and one that should be sorted out quickly if the NHL is to see itself establish some of its financial stability.

There are other things to factor in as well, including provinces and state restrictions on sports attendance which is ultimately going to help decide if fans will be allowed back to the stadiums.