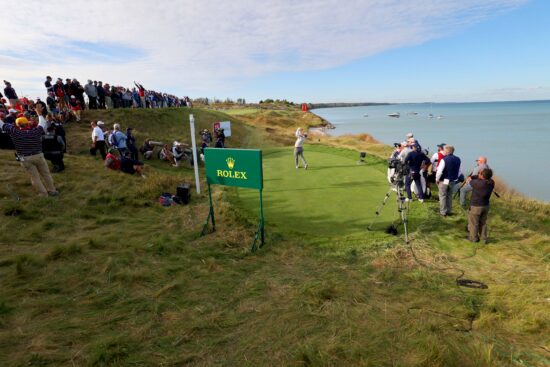 Team USA gained a comfortable lead on day 1 of the Ryder Cup so it was expected that Team Europe would come out with everything they had today, but again the majority of their players played poorly and it’s expected that the competition is all but over.

It’s not just the maths that go in the USA’s favor going into Sunday, it’s also the form book as it’s hard to enough weak spots for Europe to fight back and get what they need.

Unless you’re expecting an Atlanta Falcons-style choke for the ages here then there’s limited value in the overall outcome markets, but the margin of victory could still be interesting:

As previously stated, it would probably be a moral victory for Team Europe if they can simply keep the final margins down to a minimum, but here’s how they stand going into the final day:

You can never say never in golf and if Europe can get off to a blistering start it might send some jitters down the matchups later in the order, but it would be one of the great sporting comebacks/chokes of all time.