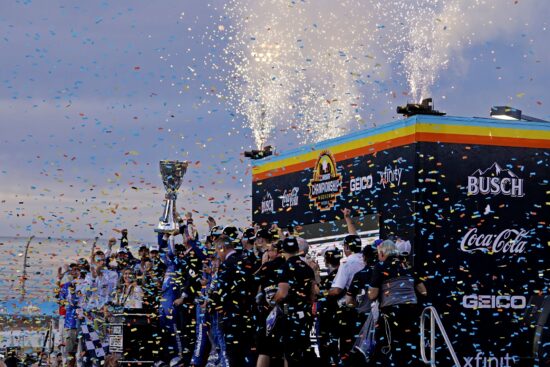 Much anticipation has been built around NASCAR’s newly designed car currently under testing, with intentions of being adopted by teams and drivers for the 2022 season.

According to Toyota Racing Development President David Wilson, it’s quite difficult to still visualize the full scope and the degree to which modifications have become part of this new vehicle.

Estimates have narrowed the range from 50 to 70 years that have gone unmarked by such a degree of significant alterations to vehicles. Teams are now expected to make a switch in many of their operational dynamics leading into the 2022 season with unprecedented implications and effects in the sport’s dynamics. Many of the changes won’t be fully tested until drivers get onto the track during a race.

The new designs will receive a real test in a couple of months. The 2022 NASCAR Cup Series will begin with the Daytona 500, coming February 20 at Daytona International Speedway in Daytona Beach, FL. This is the first race of the 2022 season, inaugurating a scheduled 36-race season.

Michael McDowell took the checkered flag at the 2021 Daytona 500, pulling off a come-from-behind victory that few had expected. However, optimism for a repeat isn’t high. According to Caesars Sportsbook, McDowell’s odds of repeating in February are +6000.

Denny Hamlin has the best odds, at +1000, although those are slipping, as well. Hamlin has taken down the race twice in three years. Despite the next-gen car changes that are coming, he’s still the favorite. Chase Elliot is in the running, only slightly behind and tied with Ryan Blaney at +1200.

Kyle Larson is the current favorite to win the NASCAR Cup Series Championship, a possible repeat of the Number 5 team’s performance from this year. He’s now at +250 for a repeat and, if he pulls it off, it will be the first time in over a decade that a driver has had back-to-back wins.

It is easy to understand the “Odds to win” wager in auto racing. Simply put, you need to choose the driver who will take the checkered flag in the race. Your payout will depend on the odds at the time. You can place this wager until the race starts.

For the upcoming season, NASCAR bettors can keep this in mind. The ranking leader has won the final NASCAR Cup Series Championship race seven years in a row. So expect the top four competitors to prioritize running at the front.

Truex won Phoenix’s spring race, Elliott won the fall event, and Hamlin won Phoenix’s fall race. Larson’s best Phoenix finish was third. However, as the season has demonstrated with the No. 5 car, anyone can win – anytime and anywhere.