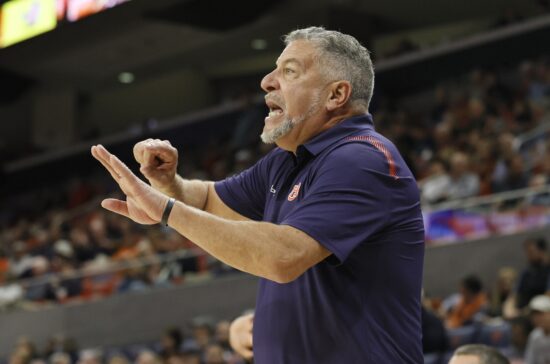 Both the #21 Connecticut Huskies and the #22 Auburn Tigers face their first major test of the season when they meet each other in the Battle 4 Atlantis tournament in Paradise Islands, Bahamas. Oddsmakers have UConn as -3.5 favorites which is an interesting line to come up with considering both squads have breezed through inferior competition early on in the season. It’s a neutral site as well, so does that give the early lean to taking the points?

UConn Has Been a Bully Early On

Connecticut’s “exhibition season” is over and as expected they are 4-0 heading into the trip to the Bahamas. At the very least coach Dan Hurley has been able to find depth early on in the year as he’s been able to empty the benches in a 51 point win over Central Connecticut State, 35 over Coppin State, 53 over LIU, and 24 over Binghampton most recently on Saturday.

One thing you worry about as a Connecticut backer is that they are largely untested heading into Wednesday’s matchup. The good news is that Auburn really hasn’t been challenged yet either, The Huskies’ strength of schedule so far is 280th in the country, Auburn 184th.

Regardless of the competition, Hurley has been able to work with multiple rotations due to none of UConn’s games being in doubt so far through four contests. Five players are averaging in double figures led by Adamo Sanogo (15.8 ppg) who had 20 points in each of the Huskies first two games. Tyrese Martin has put up 14+ in three of four games as well.

Auburn may have an advantage in Wednesday’s matchup based on the fact that at least they have been in one fairly competitive game this season. The Tigers had to come back from a 33-28 halftime deficit against South Florida on Friday to pull away with a 58-52 win.

Auburn was a -12.5 favorite against USF, but to their credit, they did not panic even while facing an early deficit. That was also a road game for the Tigers, so they also have the familiarity of traveling which UConn hasn’t yet done this season. Bruce Pearl’s squad turned the ball over 14 times compared to just 12 assists and shot just 19% (5-28) from three point range. Once again, being sluggish was expected in the first road game of the year, and it’s something the Huskies may have to work through on Wednesday.

Like Connecticut, Auburn also has a 15+ ppg scorer as K.D. Johnson has gone for a dozen-plus in all three Auburn games this season. Johnson had 15 off the bench to key the comeback win over USF and to pick up the slack from four of five starters being limited to single-digit scoring. That includes Jabari Smith going just 3-12 from the floor when he’s usually a 13.3 ppg scorer.

It’s somewhat surprising that UConn is a -3.5 favorite as this game feels more like a PK. The Huskies have four dominant wins on the season, but they’ve also been in games that looked more like glorified scrimmages against inferior competition. Sometimes you would have liked a challenge coming into a tournament stacked with quality teams.