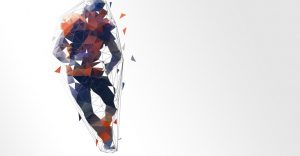 On Sunday evening, the Seahawks suffered their first defeat of the season, losing to the Cardinals in overtime. Can they bounce right back with a win in the 49ers at Seahawks game? Some NFL sportsbooks think so, evident from the fact that they’ve given the role of a 3-points favorite to the team from Seattle. Read our betting preview to find out about their chances to actually cover the spread.

Although it’s started not too long ago, the 49ers vs Seahawks is one of the fiercest rivalries in the NFL. It all started in 2002 when the 49ers were placed in the NFC West, thus allowing two meetings between the two teams every year. The rivalry reached its peak in the 2013 NFC Championship game, which the Seahawks won by 23-17.

In fact, the team from Seattle is the one that leads the series. The current tally is 25-17, with a large number of the wins for the Seahawks happening in the previous decade. The reason? Russell Wilson.

Since he became their quarterback in 2012, the Seahawks have won 13 games against the 49ers, while losing only four along the way. The quarterback is once again going to be in the spotlight for the simple reason that he’s been killing it this season.

Bear in mind that the Seahawks have played six games this season, one fewer than most of the teams in the league. Knowing this, Russell Wilson’s stats are even more impressive. He’s passed for 1890 yards so far, which puts him in #8 in the NFL’s list of top passers. However, all the guys above him on that list have played seven games so far. Wilson’s seventh game is the 49ers at Seahawks clash.

An even more impressive fact is that Wilson has 22 touchdown passes to his name so far. That’s more than any other player in the NFL. Tom Brady, who’s currently second, has 18 TD passes, with one game more than Wilson.

Unfortunately for the Seahawks, football is not a one-made game. Regardless of how impressive their QB has been, they need to be concerned about the performances of other players on the team. This goes double following the news that their running back Chris Carson is doubtful for the 49ers at Seahawks game.

Chris Carson is probably going to be out for a couple of weeks as a result of a foot injury. Luckily, the injury is not too severe, but he’ll still have to sit out at least one game. The bad luck, however, is that he got injured at the same time as his replacement Carlos Hyde. The backup RB is struggling with a tight hamstring and is not 100% fit.

To add to the problem, another running back from the Seahawks is reportedly carrying an injury. Travis Homer has a problem with his knee, which has made coach Pete Carroll start thinking outside the box.

According to the man himself, he will have to get creative to come up with a solution for the running back problem. Unfortunately for him, he’ll have to look for the solution within the bubble as the COVID-19 regulations practically make it impossible for them to sign a free agent before the 49ers at Seahawks game.

49ers Getting Better in Defense

The 43-17 loss to the Miami Dolphins is their biggest defeat of the season. At least, for the time being, although it seems very unlikely the 49ers are going to allow something similar to happen again. The reason is that we saw their defense playing much better lately.

Last week, they only conceded six points against the Pats, which came from two field goals scored by placekicker Nick Folk. A week before that, they beat the Rams by 24-16. In both of those games, the 49ers were the underdogs.

This is going to be a close game – there is no doubt about that. Each of their previous three meetings was very close games, none of which saw a team winning with more than five points difference.

Even though Russell Wilson has been nothing short of brilliant in the 2020 season, we are likely to witness the Seahawks struggling to score. Wilson is an expert passer, but only when he has someone to pass the ball to. With three running backs having problems with injuries, Wilson’s job is not going to be easy.

Add to that the fact that the 49ers have improved defensively, and you’ll realize that the game will probably see under 54 points. Now, the big question – who’s going to win the 49ers at Seahawks game on Monday? The 49ers seem capable of upsetting the oddsmakers and getting themselves their third win in a row.

Our 49ers at Seahawks Picks: