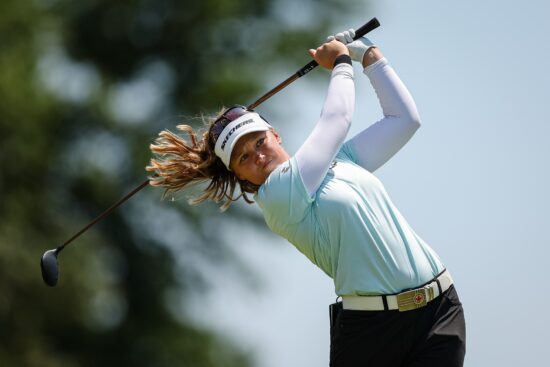 The curtain comes down on another exciting women’s golfing major season this weekend. The fifth and final major of the season will take place at Muirfield, with the action getting underway on Thursday, August 4. A prize fund of $5.8 million will be up for grabs at the AIG Women’s Open, but which player will be able to add major success to their list of honors?

The Women’s British Open, known as the AIG Women’s Open due to sponsorship reasons, is the fifth and final major on the LPGA Tour calendar. It has been included as a major on the calendar since 2001, and has regularly been played in July or August. However, it was rearranged back in 2012 due to the Summer Olympics, and was played at an earlier date in July. The event will be known as the AIG Women’s Open until 2025 due to a sponsorship deal.

The best-recorded score at the event was set by Karrie Webb in 1997, as she finished with an aggregate total of 269 and finished -19. That record was matched by Karen Stupples in 2004. Last year’s winner of the major was Anna Nordqvist, who finished a shot clear of Georgia Hall, Madelene Sagstrom, and Lizette Salas.

Nelly Korda will also have an excellent chance this weekend, as the 24-year-old looks for a second major victory. She finished in a career-best tie for ninth at the Women’s Open in 2019. Her major form already this season has been very strong, which includes her finish in eighth at the Evian Championship last month. Brooke Henderson won that major, and she could be an excellent chance this weekend to win a third major.

It looks set to be a wide-open British Women’s Open this weekend, with a number of players having excellent chances. However, we believe that the links course will perfectly suit Georgia Hall. The 26-year-old previously won the major in 2018, but has already enjoyed career-best performances in the ANA Inspiration, Women’s PGA Championship, and U.S. Women’s Open this year.