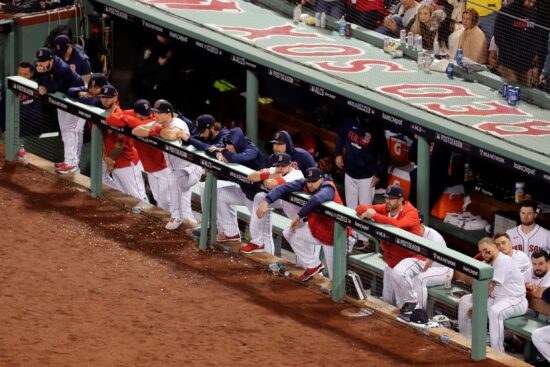 After the first game of this American League Championship Series, there has not been a close game. Game one was decided by one run then, game two by four runs, game three by nine runs, game four by seven runs, and finally, game five by eight runs. It goes without saying that whoever scores the most runs is going to win the game, but these games are slugfests. You would never know that these are the two best teams in the American League with the way they are pitching.

Taking the mound for the most important game in the Red Sox season is none other than their workhorse and right-hander, Nathan Eovaldi. It seems like Eovaldi has pitched in every game during this series. So far, Eovaldi has pitched in two of the five games and has a 1-1 record while pitching in six total innings and allowing seven runs on seven hits. Eovaldi has also struck out five while walking three. If Eovaldi even gives the slightest sign of a struggle, the Red Sox are going to go to their bullpen. They will switch pitchers as frequently as possible if that means forcing a game seven.

Astros Look To Head To The World Series

The Astros starting pitching has not helped their cause in the past few games, but during game five, Framber Valdez held the Red Sox to only one run on three hits while striking out five and walking one. The offense on the other hand absolutely exploded. The scoring started in the top of the second inning when Yordan Alvarez blasted a solo home run to deep centerfield. The bats were quiet until the sixth inning when Alvarez doubled to left field scoring Jose Altuve and Michael Brantley. Yuli Gurriel added a double of his own to score Alvarez, to give the Astros a 4-0 lead. Jose Siri singled to right field to score Kyle Tucker and Yuli Gurriel to make the game 6-0. Houston added another run in the top of the seventh inning when Michael Brantley singled to center field scoring Altuve, giving the Astros a 7-0 lead. As if a 7-1 lead wasn’t enough going into the ninth inning, Gurriel added two more runs on a single to center that scored Alex Bregman and Carlos Correa.

Taking the mound for the Astros in game six, and potentially the final game of this series is their right-handed Luis Garcia. Garcia has struggled so far this postseason, posting a 0-1 record in two games with a 24.55 ERA over 3.2 innings pitched while striking out five. Garcia hasn’t pitched since October 16, which was at home against the Red Sox. In that appearance, Gracia lasted only one inning allowing five runs on two hits while whiling three. Since Valdez lasted eight innings in game five, and with an off day worked in there, the Astros bullpen should be fully rested and ready to go for this potential series-clinching game.

Who Will Win Game 6 of the ALCS?

The Astros have scored 18 runs compared to the Red Sox three runs in the past two games. They stole the energy from the home crowd at Fenway Park, and that energy and momentum are going to continue when they come home to Minute Maid Park. Look for the Astros to win game six, and move on to the World Series.