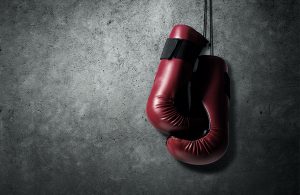 Saucedo is one of the best light-welterweight boxers in the world, and he showed his skillset a long time ago. However, following the loss to the champion Maurice Hooker in November 2018, he took almost a year off. Now he is ready to come back and to attack the title once more. His rival in this one is a solid Sonny Fredrickson, whose resume is filled with 21 wins and two losses. The last one was in the previous fight against Samuel Teah, and that was via majority decision. He now wants to bounce back into the saddle and finally makes a breakthrough to the elite echelon in this division.

Alex Saucedo vs. Sonny Fredrickson Where and When to Watch

Where: The Bubble at The MGM Grand in Las Vegas, Nevada

Where to Watch: ESPN USA

Saucedo Ready for a Fresh Start

Once the most talented boxer in the light welterweight division, apparently healed his wounds after a loss in the title match against Maurice Hooker. Saucedo had all that takes to beat the champ back then, and he even sent him to the floor, being one step away from the win, but unfortunately failed to use this chance.

Once Hooker regained his morale and adjusted to the circumstances he posed a seventh-round TKO and defended his title. It was a massive setback for the Mexican who wanted that WBO title badly, and he needed almost 12 months to recover and to come back to the ring.

And once he did that, he trashed Rod Salka in the first round, knocking out the American after just 2:17 of the fight.

Even though he had a magnificent amateur career winning 120 matches and losing just 8, Pretty Boi can’t make that jump from “just another solid” to being a top fighter.

He has two losses in his career both against guys who are his match, the first to Shojahon Ergashev, and after that, the above-mentioned one against Samuel Teah. However, he did beat Placido Ramirez, who was undefeated at the time, and Gabriel Duluc, but all that didn’t count after these losses.

Now, this is a do or die situation for Fredrickson. If he wins, his name would appear in plans for big fights, and go worldwide. If not, the American stays in the regional boundaries.

Saucedo will win this one, and that is something pretty obvious, as he has a lot more experience and overall quality than his rival here. Odds are not something spectacular but are safe.