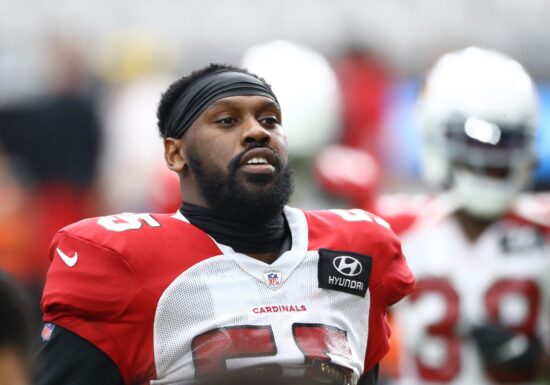 Three-time Pro Bowler, two-time All-Pro, one-time Super Bowl champ – having such a player on the roster is a luxury, which the Arizona Cardinals apparently cannot afford anymore. The story goes that linebacker Chandler Jones wants out, reportedly dissatisfied with his current paycheck.

Jon Jones’ little brother missed on Arizona’s mandatory minicamp last month when it became clear there was trouble in paradise. At first, everyone in the NFL universe thought Jones was after a higher salary from the Cardinals. However, more recent reports suggest that his demands are much higher than his team expected. Arizona cannot (or won’t) meet his demands, but they also don’t wish to trade him during this offseason.

Jones, who’s 31, has one year left on his five-year Cardinals’ contract worth $82.5 million, which he signed in 2017. The linebacker came to Arizona from New England at the end of the 2015 season, which saw him earn his first Pro Bowl honors. Most of his other accolades, Jones got while playing for the Cardinals, including things like:

In his first four years at State Farm Stadium, Jones played each game in the regular season. However, in 2020 he picked up an injury that ended his season after only five weeks. The injury (torn biceps) is in the past now and the Cardinals seem to be counting on him for the 2021 season.

The trouble is that without giving him a new contract, Jones could end up dissatisfied. Having an angry member of the Jones family on the roster could be even worse than letting him move elsewhere.

Should the Cardinals Let Him Go?

Even though Chandler Jones is one of the best defensive players in the NFL, the Cardinals might decide not to go far and beyond to keep him in Arizona. There are several reasons for that, starting with the fact that his current salary makes him one of the highest-paid NFL players in his position.

With a base salary of $15.5 million, he’s the Cardinals’ top earner. Giving him more money than that doesn’t seem like a good business move, especially knowing that he’s turning 32 next February.

Although there are some NFL players who are playing top-level football in their 40s, the linebacker is a position for which the best age is mid to late 20s. In fact, according to research, the linebackers reach their top value at the age of 26.

Another reason why the Cardinals would not feel too bad if Jones left once his contract run out is that they’ve already added another world-class defenseman to the roster. The man in question is the three-time NFL Defensive Player of the Year, J.J. Watt.

If the Cardinals manage to keep Jones in the team for the 2021 season, their defense is going to be way stronger than it’s been in years. Perhaps that’s the last piece of the puzzle that would take the Cardinals back to the Playoffs?

As a reminder, the Arizona franchise hasn’t played in the postseason since 2015, when Bruce Arians was still their head coach. Last season, under the leadership of Kliff Kingsbury, the Cardinals ended up without a Playoff berth, after finishing the regular season with an 8-8 record.

Can they do better in the 17-game season? The Cardinals’ schedule in 2021 isn’t easy, but they look capable of getting more wins than they did last year. Online bookmakers agree, giving -139 on Arizona winning more than eight games in the 2021 season.