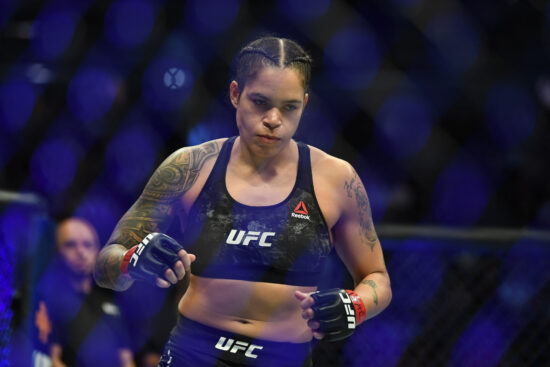 Following a positive COVID-19 test which forced her to withdraw from her scheduled UFC 265 title defense, bantamweight queen Amanda Nunes has recently seen her championship bout against Julianna Pena rebooked for December.

That’s according to a recent announcement from the UFC, who have confirmed they have rescheduled what will be Nunes’ sixth bantamweight title defense, for UFC 269.

UFC 269 is set to take place on December 11 but currently has no confirmed location or venue.

Nunes vs. Pena: What the Oddsmakers are Saying

Following the UFC’s official announcement that Nunes will take on Pena at the end of the year, online bookmakers have been quick to release their betting lines.

Perhaps unsurprisingly, ahead of what will be the two-weight champion’s eighth title defense overall, the oddsmakers are leaning hugely in the Brazilian’s favor.

Despite her opponent suffering from a recent bout of COVID-19, Pena has opened as the future fight’s huge underdog.