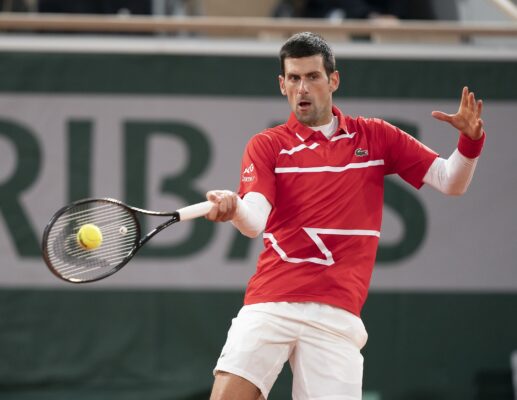 The record holder for the most wins at the Australian Open entered the 2021 tournament as the #1 favorite. Although he did struggle with an injury in the early stages, Djokovic seems to be in top shape ahead of the final. He beat Aslan Karatsev 3-0 in the semifinal after less than two hours of play and is now ready to take down another Russian – Daniil Medvedev.

Novak’s Injury Gone Thanks to His “Ability to Recover Fast”

Novak Djokovic added fuel to conspiracy theories doubting his abdominal injury that he suffered in Round 3. As a reminder, Djokovic claimed that he felt abdominal pain during the match against Taylor Fritz, thus explaining the struggles he had to beat the huge underdog.

Many didn’t buy this story, including Rafa Nadal and his uncle Tony. Some claimed, Djokovic was using it to lose some of the pressure that’s the entire tennis world has put on him. The thing is that after winning record eight Australian Open titles, everyone’s expecting Djokovic to win it again.

He was and still is the number one favorite for winning the 2021 tournament, something that might have taken a toll on his nerves. At least that’s what it seemed in the first few matches he played. For instance, against Raonic, we saw him swearing at one of the members of his staff who was coughing.

However, as the tournament progressed, Djokovic was getting better and better. He started to look more focused, which was especially evident in the semifinal, which he won comfortably.

Both Players Win Their Semifinals In Straight Sets

It took only 1:55 for Novak Djokovic to beat Karatsev in the semifinal. The Serbian was brilliant from the very start, letting the opponent win only nine games in total. Only Jeremy Chardy won fewer games against Djokovic in this tournament, which happened in Round 1. For this reason, we’ve got to believe Novak that he has no injury problems.

“I am surprised the way I felt tonight. I think it surpassed my greatest wishes… The way I felt today I like my chances and I’m definitely going to go for a title.”

Even if he didn’t seem 100% fit, he’d still be thought of as the favorite. After all, he’s 8-0 in the Australian Open finals, where he made record 45 breaks.

What’s got to worry him is that his opponent has been playing top tennis as well. Thanks to his impressive play last week, Medvedev has gone up the ATP Rankings to #3. If he beats Djokovic on Sunday, he’s going to get just behind him, in second place.

Novak Djokovic should. After all, he’s the king of Melbourne Park, who’s won eight titles so far, more than any other player’s ever done in the history of the Australian Open.