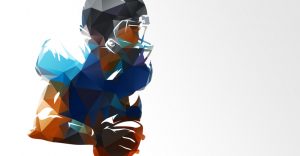 Dak Prescott suffered a serious ankle injury last Sunday, which will keep him out of the Dallas Cowboys roster for the remainder of the season. As a result, Andy Dalton is going to make his debut as the starting quarterback for the Cardinals in the Arizona Cardinals vs Dallas Cowboys Week 6 game. Even with their first-choice QB, the Cowboys weren’t too impressive, but without him, they look like clear underdogs against the Cardinals.

The Cowboys got themselves a win last weekend over the Giants, but that game isn’t going to stay in happy memory. Despite winning 37-34, the Cowboys lost their first-choice quarterback. Dak Prescott got injured and carted off mid-game. Although there were hopes his ankle injury was not as serious, the latest injury reports suggest he might not come back this season at all.

Prescott is not the only one who will have to miss the Monday evening game. Trysten Hill, their defensive tackle is out with an ACL injury, which probably means his season is over.

Dak Prescott, the man with the most passing yards in the NFL this season (1,856) just got to be missed. His replacement is going to be Andy Dalton, the man who brought the Cowboys a win in the final minute of the game against the Giants.

Now a 32-year-old, Dalton made his name in his college football years when he played for TCU. In 2011, he was signed by the Cincinnati Bengals, which is where he stayed until 2019.

He started his rookie season in the fifth gear, getting a place in the Pro Bowl the same year. Dalton earned the same accolade two more times, in 2014 and 2016. However, since then, his career seems to have been going downwards. Nevertheless, he’s still in his early 30s, which for a quarterback is still a reasonably young age.

Dalton has a chance to salvage his career, as well as save the season for the Cowboys. It’s going to be tricky, though, considering that the Arizona Cardinals vs Dallas Cowboys Week 6 game is going to be the first game without Prescott as the starting QB since 2015.

With three wins and two defeats this season, the Cardinals aren’t doing bad. They’re coming into the Game 6 after a 30-10 win over the Giants, which saw their defense playing at a very high level. In fact, in each of their three victories, the Cardinals did very well defense-wise.

The job of their defense is expected to be even easier now that Prescott is out. But, what about their offense? With 128 points scored in five games, they belong to the bottom half of the NFC table.

Their quarterback Kyler Murray might not be thought of as the elite NFL passer, but his form is on the rise. In fact, in the win over the New York Jets last weekend, he broke his career record for passing yards, with 380.

This makes his total yardage 1,299, which puts him in the #15 in the entire league. In addition, his TD passing tally so far is 8, which is more than decent.

The Cardinals have a fantastic chance to get themselves another victory this season and they intend to take it. Even with Prescott 100% fit, the Cardinals would still have a decent chance. This way, they look destined to win.