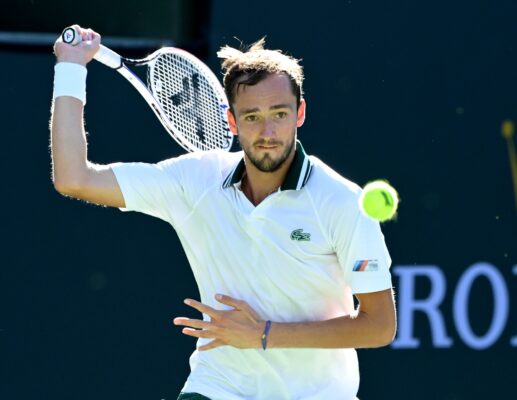 The best male players in the world of tennis do battle at the ATP Finals over the next seven days. Three-time Grand Slam champion Novak Djokovic is the clear favorite in the betting for the event, but can anyone stop the super Serb?

The ATP Finals is the last huge tennis event of the year, as the best male players in the world rankings compete for their share of the $1 million purse. Like the WTA Finals, players are drawn into two group of four. Each player will come up against other players in their group once, with the top two progressing to the semi-finals. The reigning champion in the event is Daniil Medvedev, who won the 2020 championship after beating Dominic Thiem in the final.

The two groups for the singles players can be found below, along with the betting odds for each of the Green and Red groups.

Whenever Novak Djokovic is involved, it’s always hard to look elsewhere in the betting. The Serb will be looking to avenge his disappointment in this event 12 months ago, as he was beaten by Dominic Thiem at the semi-final stage. He is a four-time winner of the ATP Finals, but his last success here came back in 2015. He was a beaten finalist in the 2016 and 2018 events but has enjoyed one of the best years in his career in 2021. The Serb has won three of the four Grand Slams this season, with his only defeat coming in straight sets against Medvedev in the US Open. His form is stunning coming into this event, and rightly, he is considered the one to beat.

Medvedev could be the interesting play in the ATP Finals, as he is the defending champion, and won his first Grand Slam title at the US Open when beating Djokovic. Alexander Zverev also holds a huge win over the Serb this season, as he beat Djokovic at the Olympics on his way to winning the gold medal. However, it’s difficult to see outside of these three stars when it comes to a winner at the ATP Finals.

Djokovic is hard to take on, but the ATP Finals have often been a struggle for the Serb. Therefore, we will be taking a chance on Medvedev to end his season on a high, and regain his ATP Finals crown.