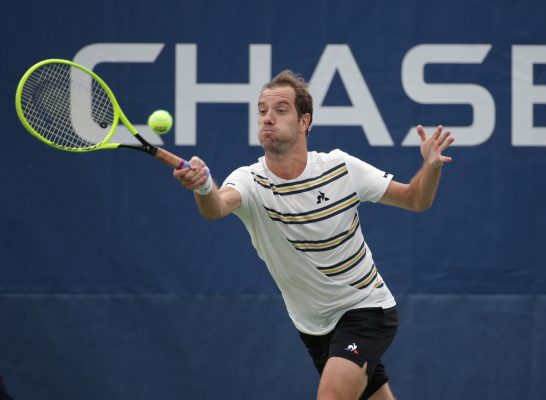 ATP tournament in Sofia reached the semifinals, where we have two interesting pair, Mannarino vs. Sinner and Pospisil vs. Gasquet.

The clash between the young Italian and the experienced Frenchman is drawing solid attention. Everybody waits to see is the 19-year old capable of extending his solid run. Sinner, one of the most talented teenagers in the world, bought fans with his nice technique and appealing style of play that includes clean strikes and light movement.

However, even though he seems light, Sinner is one of the hardest hitters on tour, and as time goes by, many believe that he might become unstoppable when talking about this aspect of play.

Meanwhile, the Frenchman, on the other side, is eager to show that he still knows to play tennis, even though many believed following his slow start of the year that he might experience a very slow campaign. Mannarino is now 8-2 in the past 10 matches.

It will be very interesting to see how his backhand works in this one, because that is the vital factor for his win. Mannarino needs to slow down Sinner’s forehand, and in order to do so, backhand strokes need to be perfect.

Mannarino is more experienced, as we already said, but it appears that Sinner’s youth is a big advantage in this clash, especially due to his extraordinary power. He is a favorite to win this contest, and looks much better now; therefore, his win shouldn’t be questionable.

The Canadian player has been under heavy criticism lately due to his support to Novak Djokovic in his attempts to form an independent players’ union. Pospisil is looking great, with two consecutive wins in a row in straight sets, one against Jan-Lennard Struff and the second against John Millman. He was aggressive, pretty firm, and looked focused in both events, not allowing his rivals to catch the rhythm.

Meanwhile, Gasquet indicated that he wants to win this tournament by posting superb performances here in Bulgaria’s capital. For the first time since the start of 2020, he recorded three wins in a row, which is a massive boost for the 34-year old. What additionally improves his morale is the fact that he won all three events in two sets. His rivals weren’t some high-caliber players, but still, 6-0 in sets is a big deal, especially for the guy who didn’t win consecutive matches too long.

The fans are eager to see this battle, and according to social networks, they are much more interested in this event than the other semis between Sinner and Mannarino. They already played five times against one another, with the Canadian holding a slight advantage, 3-2. All this indicates that we are ahead of one tight and exciting matchup, and three sets are, in our opinion, inevitable. These guys know each other, they play well right now, and it is pretty hard to determine who will proceed to the finals.