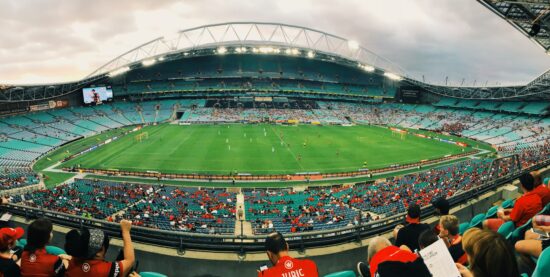 Photo via @fredrivett on Unsplash

A brand-new season of the Australian A-League gets underway this weekend. The reigning champions Western United raise the curtain on Friday, October 7, against Melbourne City. However, the biggest matchup of Matchday 1 is taking place a day later when Sydney FC and Melbourne Victory lock horns in the 29th edition of the Big Blue Derby.

In total, there are six games in Round 1, meaning that soccer bettors have plenty of options before them. If you need help with choosing the right bets, you’re at the right place. We’re now going to analyze all six matchups, dissecting the Vegas odds and sharing our top A-League picks along the way.

Here’s a rematch of the last season’s Grand Final, which Western United won 2-0. Four months later, Melbourne City are looking for revenge. They definitely have the manpower to pull it off, especially knowing that they’ve signed a number of talented players in the offseason.

Western United, on the other hand, did not have a busy offseason, signing only a couple of players, none of which is likely to make it to the starting XI on Friday. On the bright side for Western United, most of their key men from the previous season are still on the roster.

Macarthur FC start their third A-League season with a trip to Queensland, where they will play Brisbane Roar on Saturday. Last weekend, Macarthur FC won the Australia Cup, meaning that their players are probably still buzzing. Still, this doesn’t mean they’re going to have an easy job against Brisbane Roar.

These two have met only four times so far, with each team winning two games. The last time they played, Macarthur FC won 2-1. The last time they played in Brisbane, however, the hosts won 3-1. That’s kind of surprising considering that Brisbane Roar isn’t famous as a strong home team. Last season, for instance, they won just 20 points in 13 games played at Moreton Daily Stadium.

Central Coast Mariners are always brilliant when playing on their turf. Last season, they won 27 points at home, one of which happened against Newcastle Jets (2-0).

We expect to see this team do great in the 2022-23 season, based on how well they played in the Australia Cup. They did lose to Sydney FC, but it happened only after a penalty shootout.

These two are the two most successful Australian soccer teams with nine A-League titles between them. Melbourne City was the team that had the best record in the regular season in 2022-23, but they didn’t do well in the playoffs.

We doubt they’re going to do better this year as their roster just isn’t as good as last season. Meanwhile, Sydney FC’s squad looks incredible. This team has spent a lot of money during the offseason on signings, capturing signatures of players like Joe Lolley and Robert Mak, who have experience playing in decent European clubs.

Lolley, for example, played for Nottingham Forest, helping the Trees advance to the Premier League for the first time in the 21st century. Mak moved to Australia from Hungarian champion Ferencvaros, for which he scored three goals in 13 games last season.

Adelaide United finished the 2021-22 regular season with six straight wins. In the playoffs, they got knocked out by Melbourne City after two games. More recently, we saw them finish their Australia Cup campaign in the quarterfinals after losing to Brisbane Roar.

It’s a similar story when it comes to Wellington Phoenix, who also did okay in the regular season while losing in the first round of the playoffs. Same as Adelaide, the New Zealanders also lost in the quarterfinal of the Australia Cup in August.

Adelaide United might be a better team than Wellington, but only slightly. Still, knowing that Sunday’s game is played in New Zealand, we don’t expect Wellington Phoenix to end up empty-handed. We think they can get themselves at least a draw.

Last season, Perth Glory finished bottom with just 18 points in 26 A-League games. WS Wanderers weren’t great either, but they did collect nine points more than Perth Glory. They did well in the WS Wanderers vs Perth Glory games played last season, winning at home, and playing a draw in Perth.

We think they’re going to beat Perth again. It’s not that they have a good roster; it’s that Perth’s squad looks as equally bad as last season.