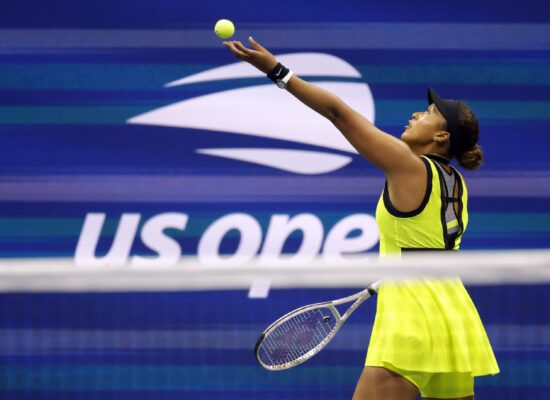 The start of a new year of tennis Grand Slams is upon us. The build-up for the men’s Australian Open has been hugely controversial, but it could be the women’s event that is the most wide open. But, who is the current favorite, and which players could be the most likely contenders to win the first Slam of 2022?

World number one and Australian-born Ashleigh Barty will be carrying the hopes of the nation on her shoulders at the Australian Open. Barty is the clear +450 favorite in the betting for the event, as the top-ranked player looks to finally win her home Grand Slam. The 25-year-old is already regarded as one of the best all-court players on the circuit and has two Grand Slam titles to her name. Last year, she won Wimbledon for the first time, but starting 2022 with the Australian Open title would be extremely special.

The closest that she has come to winning the event Down Under came in 2020 when she reached the semi-finals of the event, while last year she could only make the quarterfinals. Barty has a 17-8 record at the Australian Open, and the fact that she hasn’t reached the final to this point in her career means that value could be found elsewhere in the market.

Naomi Osaka will be aiming to become a three-time Australian Open champion this year. She endured a turbulent year in 2021, missing multiple Slams due to mental health issues. However, she is looking happier on the court once again this year and has already eased through to the latter stages of the warm-up event in Melbourne. The 24-year-old excels at the event and has a remarkable win percentage of 85%.

Emma Raducanu is also short in the market, as one of the brightest stars on the women’s circuit looks for a famous success to kickstart 2022. The Brit enjoyed a breakthrough year in 2021, as she reached the second week of Wimbledon before smashing a number of records to win the US Open at the tail-end of the year. However, it could be a big ask for the teenager to win a second Grand Slam on her first appearance at the Australian Open, but we could be made to eat those words.

Aryna Sabalenka could offer some excellent value in the market, as the second-highest ranked player in the event has reached the semi-finals in each of the last two Grand Slams. However, she is yet to make it past the fourth round at the Australian Open and has a win percentage of just 56%.

Cases can be made for many of the names at the top of the betting, but we will be siding with 28-year-old Garbine Muguruza. The Spanish star has come close to winning Grand Slam events in the past, as she was the beaten finalist in the 2015 Wimbledon final and was runner-up here at the Australian Open in 2020. She would have been disappointed with her fourth-round exit last year, but this could be her year to final claim a first Australian Open title, and a third overall Grand Slam championship.