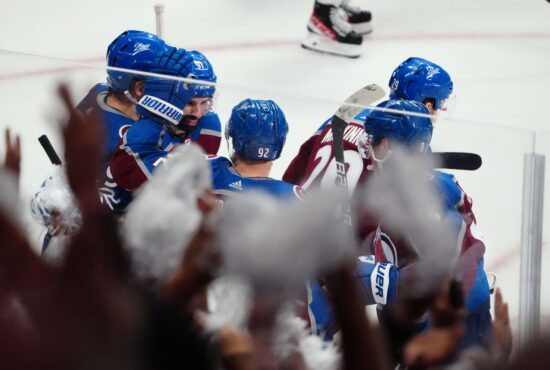 The Colorado Avalanche is in danger of running away with the Western Conference finals title. They come into game three of the series looking to take a 3-0 series lead against the Edmonton Oilers. But, will they get the victory to get within a single win of making the Stanley Cup finals on Saturday?

The Colorado Avalanche is looking to make quick work of the Edmonton Oilers in this Western Conference finals series. It would be the second time that the Avalanche has completed a sweep in the playoffs if they can manage it, and it would be difficult to bet against it based on the performance that they put in in game two of the series.

In that game, played at Ball Arena, the Avalanche dominated from start to finish, and eventually wrapped up a 4-0 victory. The Avalanche pulled clear in the second period, as they scored three unanswered goals. A final goal was added in the final period to compound the Oilers’ misery on the night.

Nazem Kadri’s exceptional performances in the playoffs to this point continued in game two, as he finished with three assists. The goals for the Avalanche were scored by Atturi Lehkonen, Mikko Rantanen, Nathan MacKinnon, and Josh Manson.

Oilers Desperate For A Victory

The Oilers had sailed through the playoffs before coming up against the Colorado Avalanche in the finals. However, their biggest test to date will come on Saturday evening, as defeat would leave them on the brink of elimination from the playoffs this season. It would be incredibly hard to see the Oilers winning all four games after game three, which shows the magnitude of their challenge this weekend.

One area where they will certainly need to improve is in defense. They have allowed too many goals already in this series, with the Avalanche scoring eight in game one and four in game two. It was another night to forget for Mike Smith, as he ended with 36 saves from 40 shots to average .900.

It didn’t really click in the final third either, as the Oilers made just 24 shots on the Avalanche goal. That will certainly need to change in game three, and the fans in attendance could have a big role to play at Rogers place.

It’s a must-win game for the Oilers in game three, but the momentum is very much with the Avalanche. We struggle to see past the side playing on the road, and could also see them leading early in the game.